SEOUL, Sept. 24 (Yonhap) -- President Moon Jae-in said Thursday that North Korea's killing of a South Korean fisheries official is a "shocking" incident that can't be tolerated for any reason.

He urged the North to take "responsible" measures in connection with the case, in which the 47-year-old man was shot dead by the country's military near the western sea border, according to Cheong Wa Dae spokesman Kang Min-seok.

The president ordered the military to further strengthen its security posture and get fully prepared to protect the lives and safety of the people, Kang said.

Moon issued the message after receiving a briefing on the results of the National Security Council (NSC) session earlier in the day.

According to the South's defense authorities, the 47-year-old South Korean man was shot dead by North Korea's military earlier this week. He was reported missing Monday from a South Korean fisheries patrol boat operating near the western sea border. 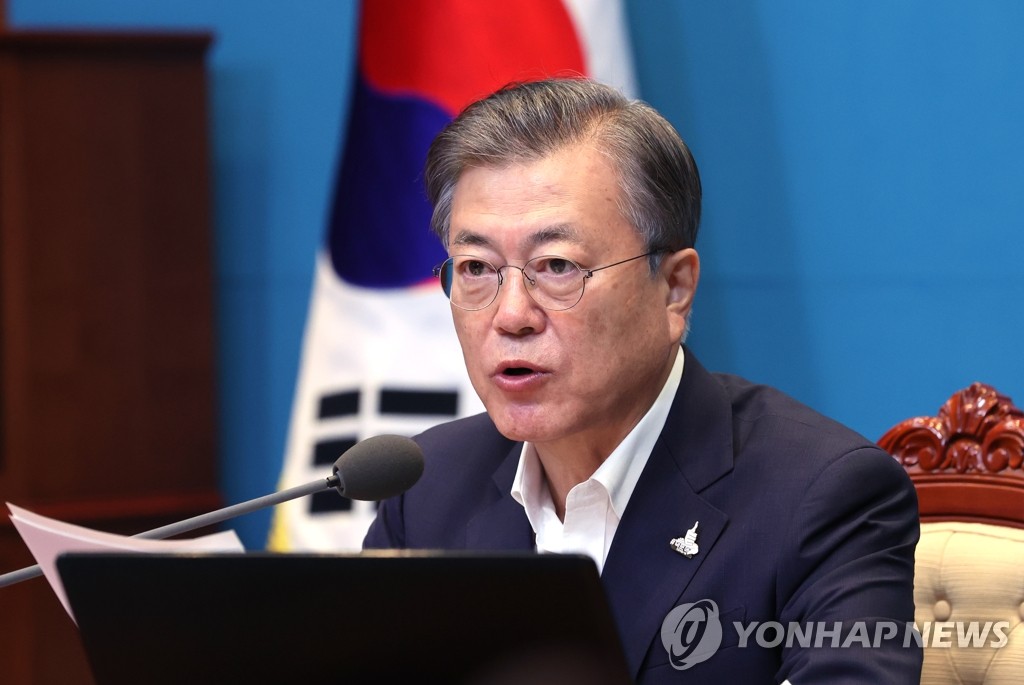