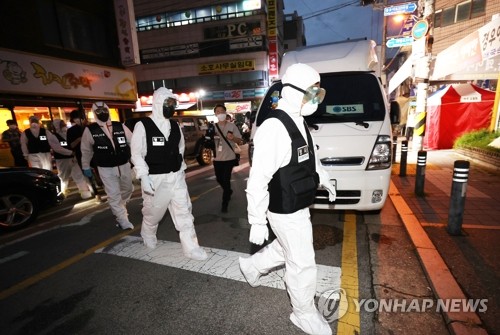 The file photo taken Aug. 21, 2020, shows police officers heading toward Sarang Jeil Church in Seoul for a search and seizure operation. A court issued a warrant after health authorities failed to secure the full list of the members of the church at the center of recent spikes in coronavirus infections in the country. (Yonhap)