SEOUL, Sept. 25 (Yonhap) -- South Korea's state pension fund will invest US$300 million in an Australian infrastructure fund as it seeks diversification and profitability in its portfolios, a person familiar with the matter said Friday.

The National Pension Service (NPS) will join AXA General Insurance, Allianz and APG, the largest pension provider in the Netherlands, as the anchor investors in the Scape Core Fund operated by student accommodation provider Scape Australia, he said.

Scape has recently expanded the size of the core fund to $3.3 billion from $2.6 billion by attracting fresh investment despite the COVID-19 pandemic's impact on the education sector, according to foreign media reports.

"The quality and depth of our equity partnerships and our banking syndicate supports the long-term confidence in the Australian education sector and Scape's management platform, which now extends to 24 operating assets nationally in the Scape Core Fund," Scape Executive Chairman Craig Carracher told the Australian Financial Review.

Carracher said occupancy across the portfolio had held up at about 60 percent despite the closure of borders for international students.

The NPS is the world's third-largest pension fund, with 752 trillion won ($648 billion) under its management as of June. 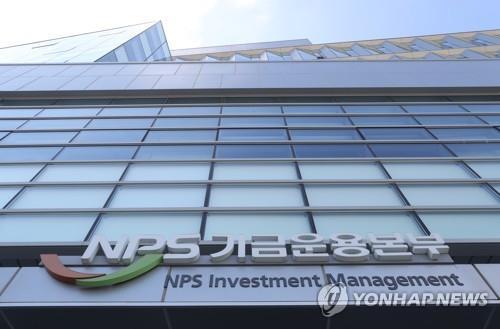