SEOUL, Sept. 27 (Yonhap) -- Insurance agents made up the biggest portion of workers who received emergency relief payouts from the government amid the new coronavirus pandemic, data showed Sunday.

Of around 500,000 virus-hit workers and businesspeople who received the government's relief money, about 87,000 of them were insurance agents, according to the data provided by the labor ministry.

Drivers who offer chauffeur services to drunk customers came next at 21,000, followed by around 20,000 instructors who teach children at home and 19,000 door-to-door salesmen.

The South Korean government has been paying out 1.5 million won (US$1,282) to freelancers, the self-employed, people on special employment contracts and those on unpaid leave, to help them survive the pandemic that has hit the local economy.

Earlier this month, the government also drew up an additional 7.8 trillion won supplementary budget to further support these people. It plans to pay out an additional 500,000 won to those who received the 1.5 million won payout.

Those who did not receive the first round of payouts can also apply for a second round of payouts between Oct. 12 and 23. The government plans to select 200,000 more workers and also pay them 1.5 million won each. 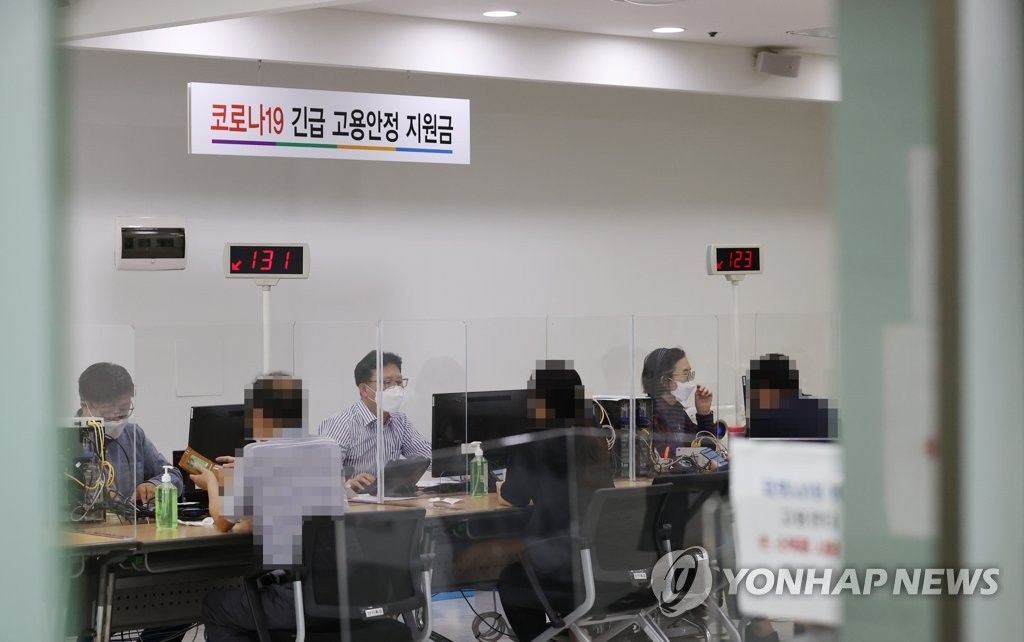