The small boat was found near Sampo Beach in Goseong, a Gangwon Province county about 470 kilometers east of Seoul, around 6:45 a.m., they said. 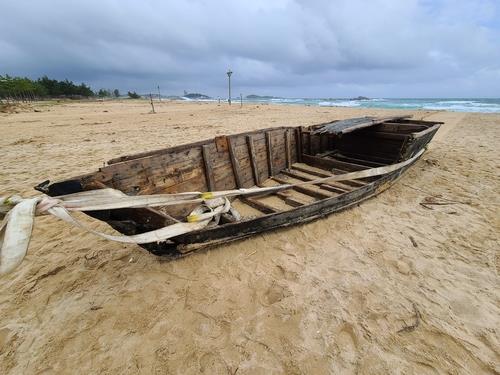 The ship was found to be waterlogged and damaged and nobody was aboard, they said.

They speculate the ship may have drifted into South Korean waters due to recent typhoons and downpours in the North, ruling out the possibility of its involvement in any suspected espionage.