SEOUL, Sept. 25 (Yonhap) -- When she was 3 years old, Park Kyuhee was waiting for her mother learning the classical guitar at a small music institution in Japan.

One of the instructors gave her a small classical guitar to play with. There, she fell in love with the instrument at first sight.

"That moment determined my future," Park said in an interview with Yonhap News Agency held Thursday. "Since then, I'd played the piano and the violin as well. But the guitar was my favorite." 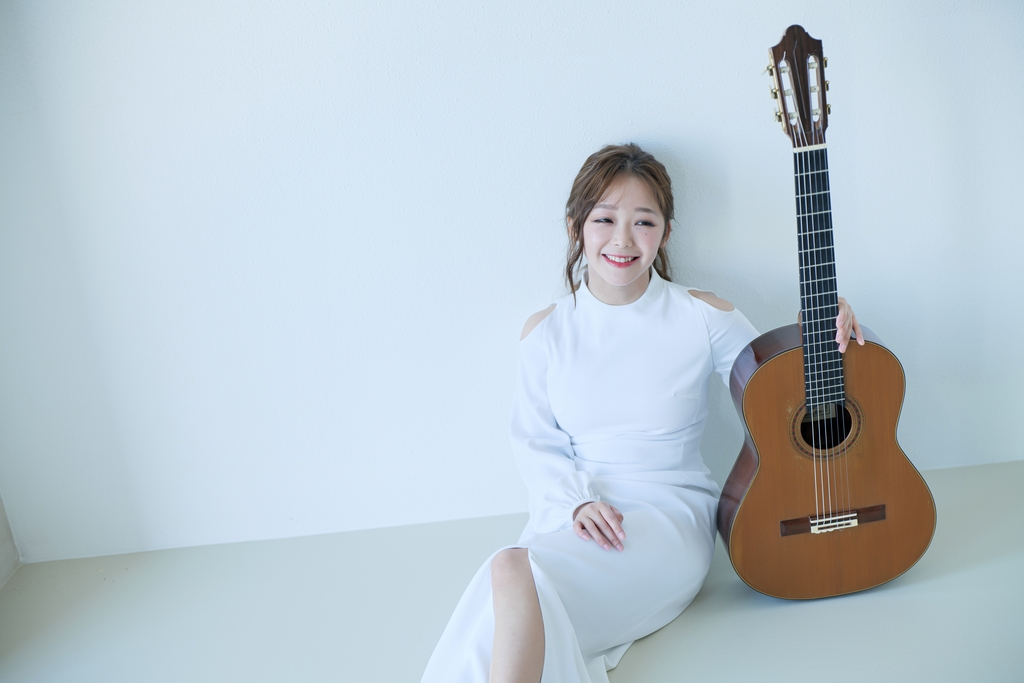 She was captivated by the unique characteristics of the string instrument, which creates different tones and textures when the strings are plucked and strummed in different ways and positions. She decided to become a professional guitarist.

"The classical guitar is an original string instrument using the hand to produce the natural sound without a plectrum and an artificial amplifier," she said. "It has a more sophisticated and smoother sound than that of the steel-string guitars like the modern acoustic and electric guitars."

Her passion, talent and hard work stood out in South Korea, where the classical guitar is a complete stranger. Winning the first prize in a national guitar competition at age 9, she swept the highest prizes in competitions at home and abroad at an early age.

"There were no students to compete with. I finished first in a local contest out of three participants," said Park, laughing. "Moreover, there was no information about the classical guitar in Korea. I couldn't get music scores for the guitar to play."

So she moved to Japan when she was 15 years old, as the neighboring country has a bigger classical music market than South Korea. She went to the Tokyo College of Music and learned from Japan's renowned classical guitarists, like Shin-Ichi Fukuda.

After five years, however, she desired to experience more in Europe, where the classical guitar originated and has a strong fanbase apart from the orchestra strings like the violin and cello.

"During a summer vacation, I went to a music festival in Lichtenstein and saw a performance by Alvaro Pierri," she recalled. "I was so shocked that I quit school immediately and flew back to Europe to learn from him."

Becoming a student of the Uruguay-born guitarist at the University of Music and Performing Arts Vienna, she was also given a variety of opportunities to participate in music festivals and master classes across Europe.

She is hailed as a guitarist who plays the instrument in a delicate and fine manner as if she is embroidering figures on silk.

Her style shines when she plays "Dream in the Forest" by Paraguayan guitarist and composer Agustin Barrios, which features romantic melodies with a series of tremolo.

"For a competition, I usually play my favorite numbers that I love so much, so I can be easily absorbed into the music and fascinate others at the same time," she said. "'Dream in the Forest' is my first pick that has brought me many first-place titles." 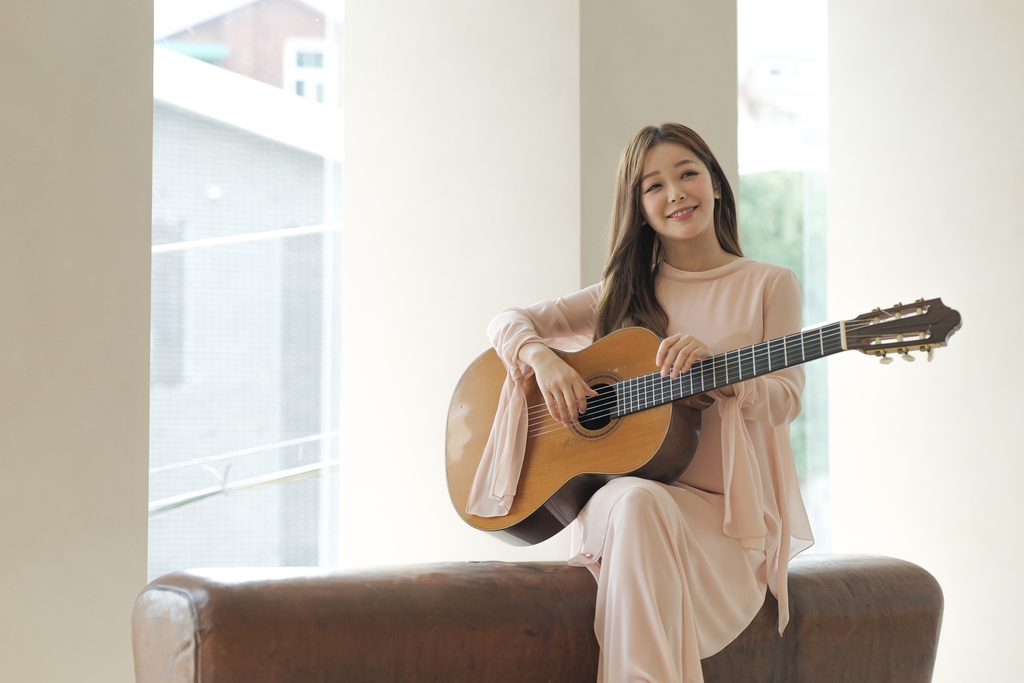 Commemorating the 10th anniversary of her debut, the 35-year-old musician will stage a recital on Oct. 17 at Lotte Concert Hall in eastern Seoul.

"Ten years is not a long period, and I'm still nervous and scared of an onstage performance," the guitarist said. "I want to set up useful references or archives for classical guitar enthusiasts in Korea and help them enjoy it in an easier and more right way."