SEOUL, Sept. 25 (Yonhap) -- The St. Louis Cardinals' South Korean starter Kim Kwang-hyun had to channel his inner Houdini and pull off some timely escape acts to finish his rookie big league season on a winning note.

Kim held the Milwaukee Brewers to a run over five innings in a 4-2 victory at Busch Stadium in St. Louis on Thursday (local time). He scattered five hits and gave up two walks while striking out three. 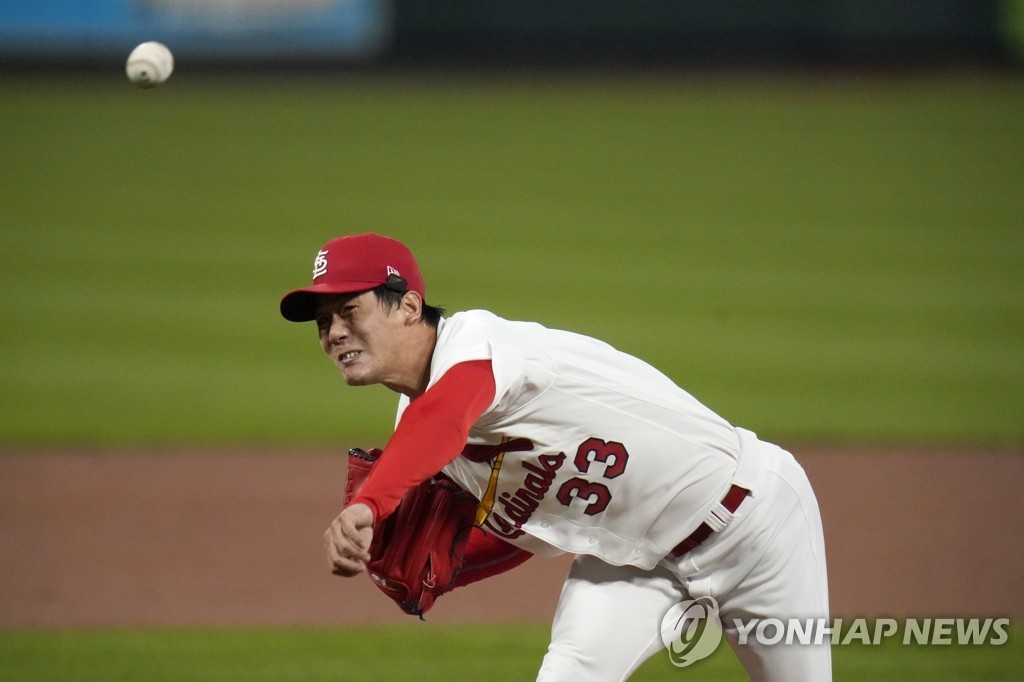 Kim allowed at least a base runner in every inning except the first. That Kim only surrendered a run was a testament both to Kim's execution in crucial moments and to the Brewers' failure to attack the left-hander at his most vulnerable moments.

Keston Hiura hit a one-out single in the second inning, and Kim fell behind 2-1 on Tyrone Taylor, before getting him to ground into a 5-4-3 double play to end the inning.

Orlando Arcia's leadoff double in the third was erased by two consecutive strikeouts and a lineout. Both strikeouts, against Luis Urias and Jacob Nottingham, came on four-seam fastballs.

The Brewers did manage a run off Kim in the fourth with three singles, the third by Taylor with two outs. The runners were still on first and second when Kim faced Arcia, he of the third-inning double, and got him to line out to shortstop. 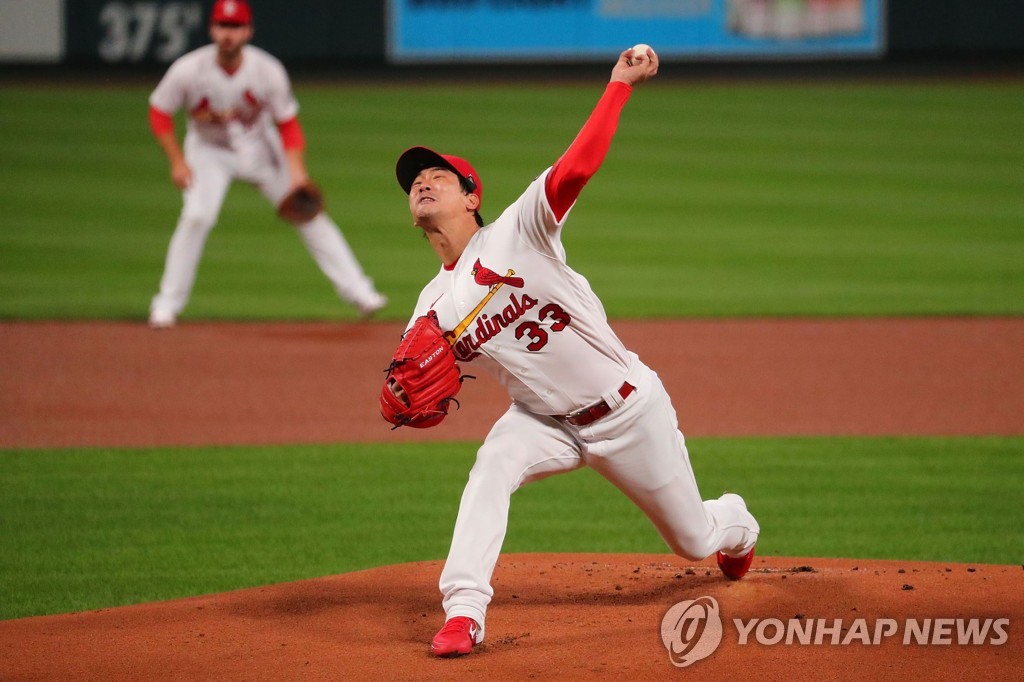 The Cardinals were up 3-1 heading into the fifth, and Kim saved his best escape act for what turned out to be his final inning of work.

Kim recorded the first two outs on a groundout and a flyout but then walked Garcia on four straight pitches. Kim battled Christian Yelich for eight pitches, only to walk him to put two men on for Ryan Braun.

Braun came into this game having batted .340/.373/.745 with five home runs and 16 RBIs in September. He represented the go-ahead run at the plate, but at a full count, Kim retired him on a fly ball to right field.

It was Kim's 29th pitch of the fifth inning and 99th pitch of the game. He had made his season-high 103 pitches in the previous start Saturday and the Cardinals weren't asking for more from a pitcher who'd dealt with a kidney ailment earlier this month.

As has been the case all season, Kim relied mostly on his fastballs with 50, followed by 21 sliders. Those two have been his main pitches, and in that battle against Braun, Kim threw three four-seamers and three sliders.

Kim only threw nine curveballs but used them effectively, with six of them getting called for strikes. The Brewers didn't put any of the curveballs in play. 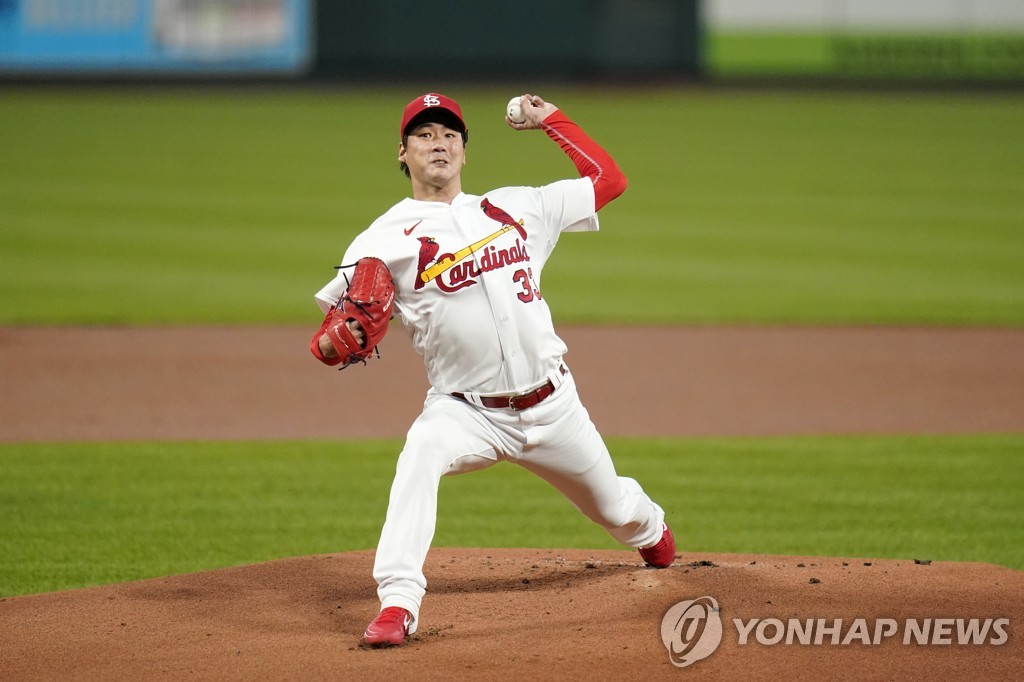