Ryu Hyun-jin of the Toronto Blue Jays and Kim Kwang-hyun of the St. Louis Cardinals both won their starts Thursday (U.S. local time). Ryu pitched seven shutout innings in a 4-1 victory over the New York Yankees, while Kim threw five innings of one-run ball in a 4-2 win over the Milwaukee Brewers. 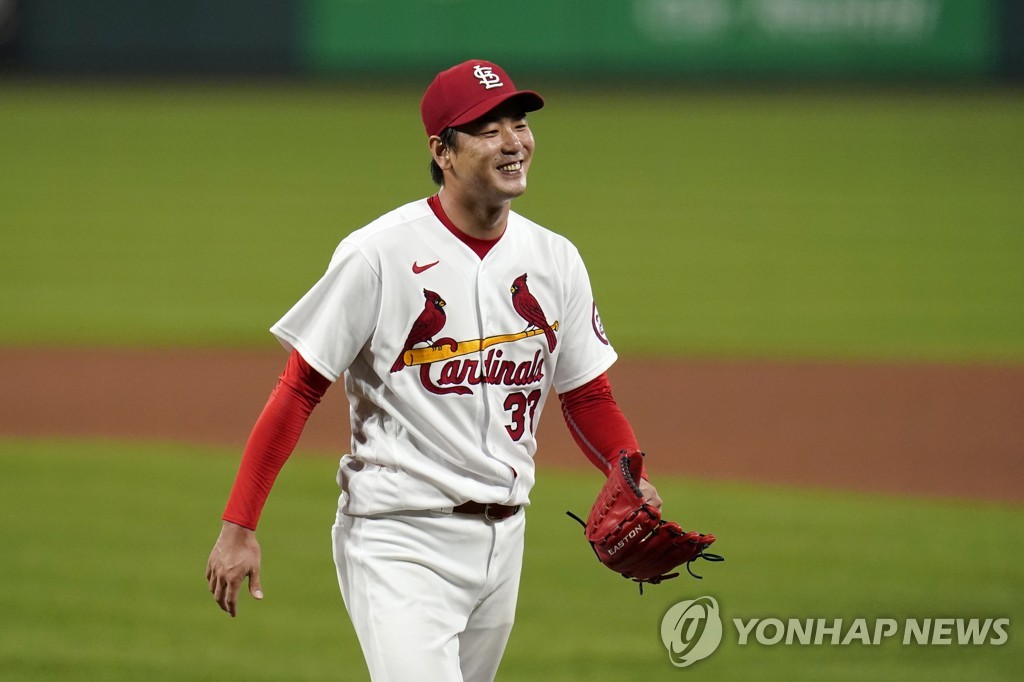 They became the first pair of South Korean pitchers to win on the same day in MLB since Aug. 24, 2005. Back then, Park Chan-ho of the San Diego Padres gave up one earned run in five innings against the Houston Astros in a 7-4 victory. And Seo Jae-weong pitched seven strong innings for the New York Mets in an 18-4 rout of the Arizona Diamondbacks.

Ryu lived up to the hype as the highest-paid pitcher in Blue Jays' history, as he finished with a 5-2 record and a 2.69 ERA in 12 starts. He had 72 strikeouts against 17 walks in 67 innings. The Blue Jays were 9-3 in Ryu's dozen starts.
With Ryu shutting down the Yankees, the Blue Jays clinched their first postseason berth in four years.

Pitching for the Los Angeles Dodgers in 2019, Ryu won the ERA title with 2.32 and finished second in the National League (NL) Cy Young Award voting. The Blue Jays, desperately in need of a stabilizing force at the top of the rotation after going through 21 starters in 2019, shelled out US$80 million for four years for the free agent left-hander. 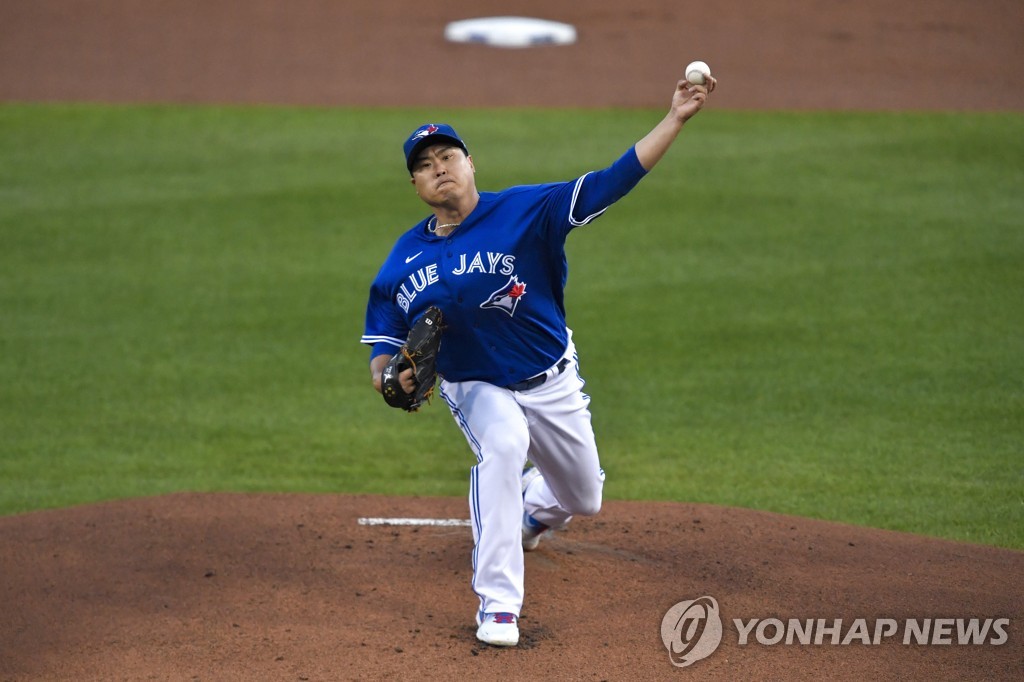 Given that Ryu is 33 and has a history of injuries, the back of the deal may not return much value. But at least for Year 1, the Blue Jays got what they paid for -- a legitimate No. 1 starter who consistently gave the team a chance to win.

Save for a disastrous start against the Yankees on Sept. 7, when he served up three homers and five earned runs in five innings, Ryu was just as effective in September. Over his final three regular season stars, Ryu pitched 19 innings and allowed only three earned runs, while striking out 19 and walking three. 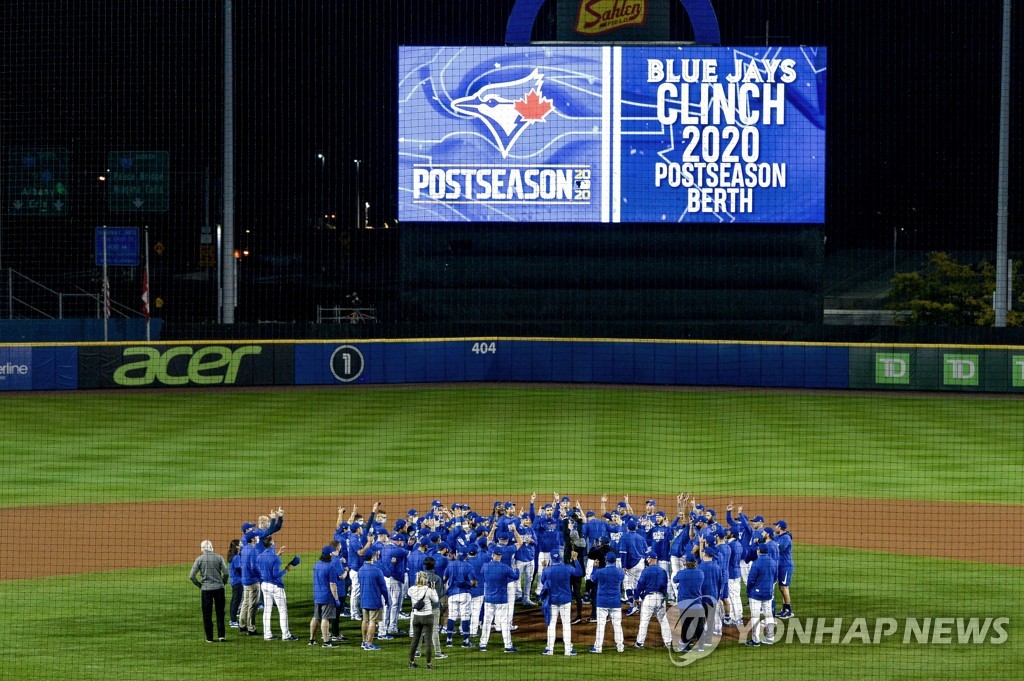 "I noticed the progress Toronto's young players were making last year, and I came here to win," Ryu said. "Our young guys really stepped up and that led to some great results."

Over in the NL, Kim exceeded expectations as a rookie starter, finishing with a 3-0 record and a 1.62 ERA in seven starts and one relief appearance combined.

Kim was an MVP-winning starter for 13 years with the SK Wyverns in the Korea Baseball Organization (KBO) before signing a two-year, $8 million contract with the Cardinals in December. Instead of naming Kim a starter right away, the Cardinals gave him a chance to earn his way into the rotation during spring training.

The coronavirus pandemic halted spring proceedings just as Kim was making a strong case for a rotation spot. Once MLB belatedly opened the regular season in late July, Kim was the closer. He even notched his first career save on Opening Day on July 24 but was soon thrust into the rotation after a few starters went down with injuries. 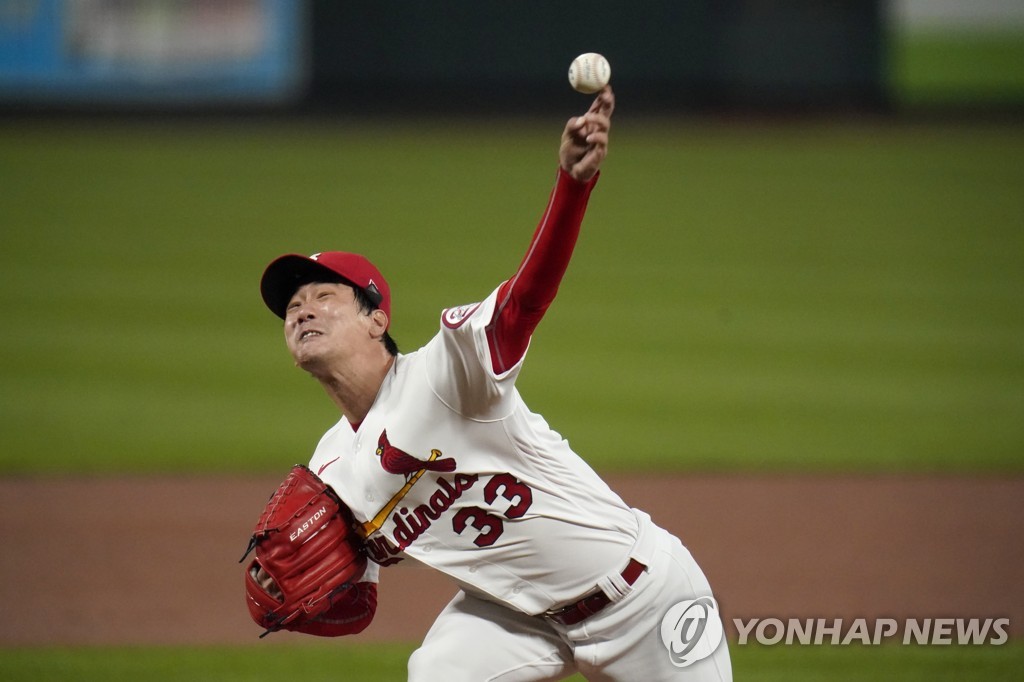 Kim took that starting job and ran away with it. He had a streak of 24 consecutive innings without an earned run being scored against him. As a starter, he had a 1.42 ERA in 38 innings, with 24 strikeouts against 12 walks.

Both Ryu and Kim have overcome their share of adversity.

The Blue Jays played their home games in their Triple-A stadium, Sahlen Field in Buffalo, New York. They had their brief summer camp at Rogers Centre in Toronto, but the Canadian government wouldn't allow other American teams to fly in and out of Toronto for road games during the pandemic. The Blue Jays explored possibilities of sharing stadiums with the Pittsburgh Pirates or the Baltimore Orioles, before upgrading facilities at Sahlen Field to make it their alternate home. It wasn't until Aug. 11 that the Blue Jays finally played their first "home" game. 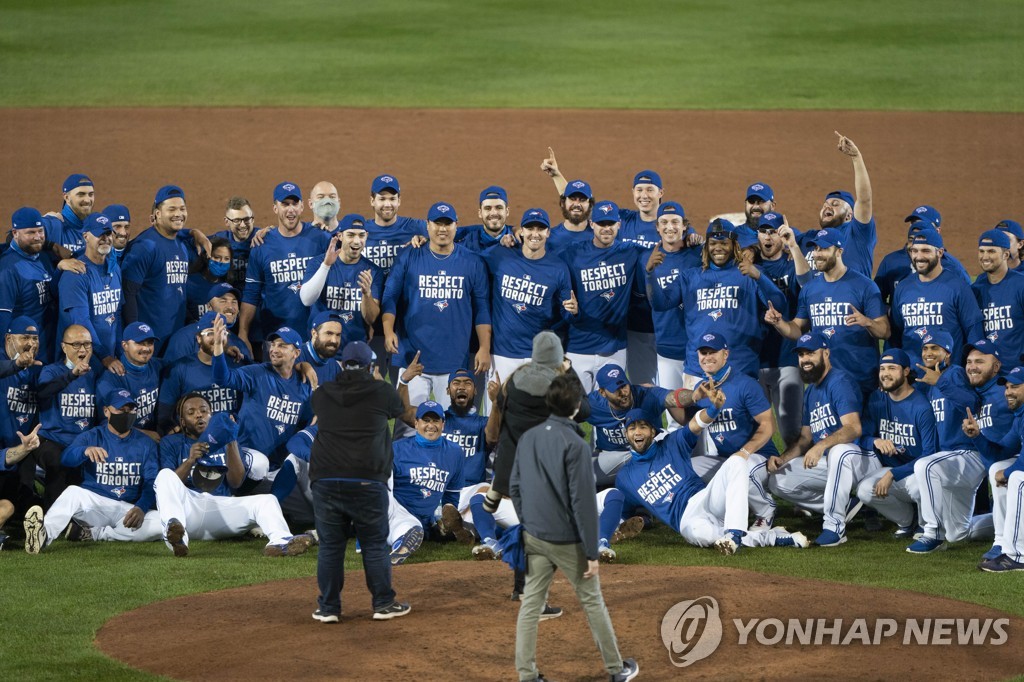 Ryu, who started that home opener against the Miami Marlins, said it hasn't been an easy season for anyone on the team.

"I think it was difficult early on for players and the front office alike," he said. "But once we got settled in at Sahlen Field, we were pretty comfortable. The clubhouse and other facilities were set up really nicely for us."

During the early days of the pandemic, Kim was stranded in the Cardinals' spring training site in Jupiter, Florida, with his interpreter, Craig Choi, away from his young family in South Korea. He eventually moved to St. Louis and tried to stay sharp by playing catch with veteran starter Adam Wainwright.

Kim made adjustments on the fly as he went from a starter in spring training to a reliever at the onset of the regular season and then back to a starter. The transition was seamless as Kim kept putting up zeroes on the board.

In the midst of his scoreless streak, though, Kim suffered a kidney ailment and was hospitalized for a night in Chicago during a road trip earlier this month. Kim spent some time on the injured list and returned on Sept. 14, 13 days after his previous start.

Pitching after such a long layoff while on blood thinners after the health scare, Kim threw seven shutout innings against the Brewers.

Though Kim allowed five earned runs over his past 10 1/3 innings to see his ERA jump from 0.63 to 1.62, he very much remained in the NL Rookie of the Year conversations.