Citing South Korean military intelligence, Rep. Min Hong-chul of the ruling Democratic Party said the North Korean soldiers watched the fisheries official for three hours on Tuesday as he floated on a raft in waters near the western inter-Korean sea border.

"(South Korea's) military reported that he was then lost, but in fact (the North Korean military) is said to have looked for him for about two hours," Min, chairman of the National Assembly National Defense Committee, said in a radio interview with MBC. 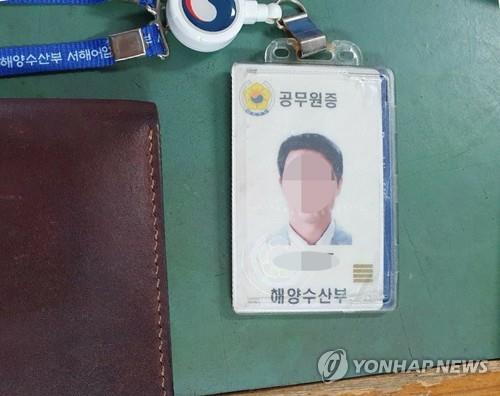 The North Koreans then found him and waited for about an hour until they received orders to shoot the South Korean, Min said.

The revelation comes after the South Korean defense ministry said in a statement Thursday that the 47-year-old was watched by the North for six hours before he was shot dead and then burned.

In a phone call with Yonhap News Agency, another lawmaker serving on the committee said he was told that the rope used by the North Koreans to drag the official had snapped.

Min also told Yonhap that the South Korean military believes the North Koreans were trying to rescue the official and that it is unclear why the orders changed.

On the official's motivations for crossing into the North, committee members said they believe he was trying to defect.

"Based on various intelligence, it's been confirmed that he expressed his desire to defect (to the North Korean troops)," Min said, also citing reports that the official was wearing a life vest, left his shoes on the vessel he disappeared from, and attached floating objects to himself.