(ATTN: UPDATES throughout with details from 3rd para)

The letter, dated Sept. 12, was a reply to Moon's letter to him sent on Sept. 8, according to Suh Hoon, director of national security.

Kim said he thought in person about the "grave burden" that Moon is shouldering by himself and that he knows Moon's "difficulty, pressure and efforts" to overcome the troubles better than any other person.

Kim said he sincerely hopes to share the difficulties and agony that the South is suffering.

He added he would wait for the day to come when this year's "terrible" moment passes by quickly and a series of "good things" will happen. 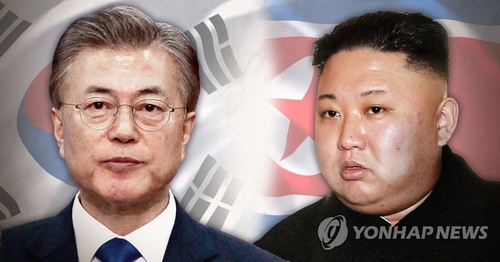 In his letter to Kim, Moon pointed out that both Koreas are going through "big predicaments," from the coronavirus to heavy monsoon rain and typhoon damages.

The president said the current situation is regrettable in that South and North Korea can't help each other despite the challenges.

Suh said Cheong Wa Dae has made public the full text of the letters at the instruction of Moon.