SEOUL, Sept. 25 (Yonhap) -- North Korea's message offering an apology over the killing of a South Korean fisheries official suggests that the hotline between their spy agencies may have been in operation even though Pyongyang vowed to sever all cross-border commnication lines earlier this year.

The North's United Front Department (UFD) conveyed leader Kim Jong-un's message that he feels "very sorry" for greatly "disappointing" President Moon Jae-in and other South Koreans with the occurrence of the "unsavory" case in its waters, according to Cheong Wa Dae.

The message has raised questions about which communication lines remain open between the two sides after the North vowed to cut off all such hotlines in June, raising the possibility that the hotline between their spy agencies may have still been functioning.

In June, North Korea cut other phone lines with the South, including their official liaison and military lines, in anger over anti-Pyongyang leaflets sent across the border by activists from the South.

The hotline between the two spy agencies was established following the first-ever inter-Korean summit between then-President Kim Dae-jung and late North Korean leader Kim Jong-il in 2000.

The hotline was not used when relations between Seoul and Pyongyang remained sour but was restored in 2018 amid a reconciliatory mood and a historic summit between President Moon and leader Kim Jong-un in April. 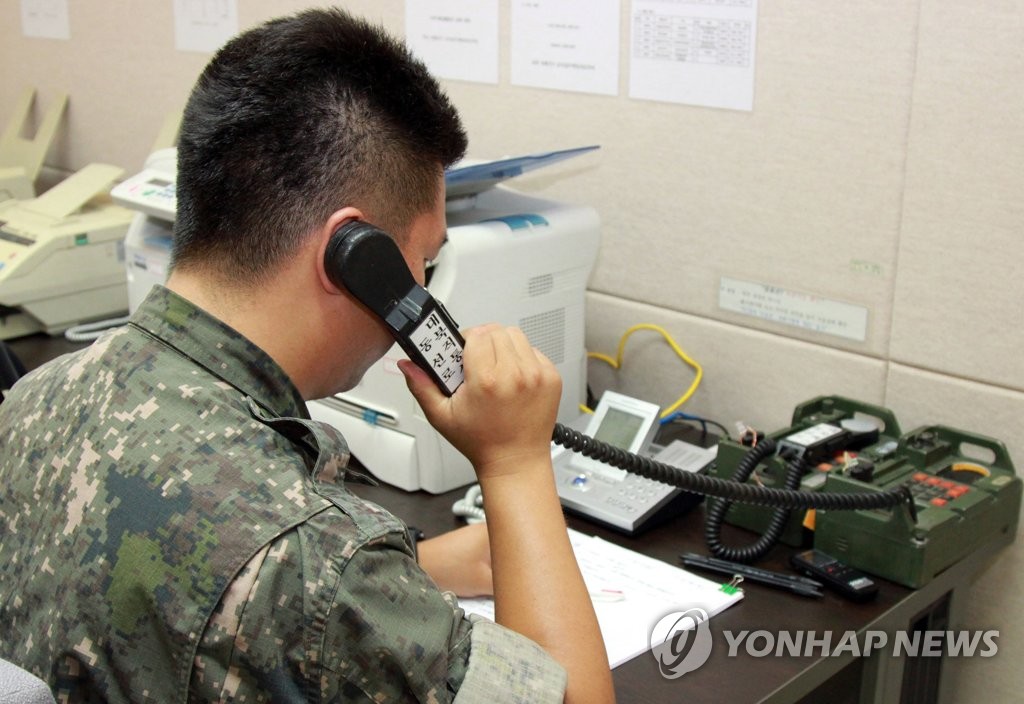