South Korea needs to take the North's conciliatory gesture as a chance to explore ways to resume stalled cross-border dialogue by asking for joint investigations into the killing or cooperation in preventing such an incident from taking place again, they added.

On Friday, Seoul's presidential office said that Kim has offered an apology for the killing of the South Korean official in an official message to Seoul, saying he is deeply sorry for the "unexpected" and "unfortunate" incident that happened in his country's waters.

The message came a day after South Korea's defense ministry confirmed that North Korean soldiers shot dead the 47-year-old fisheries official drifting in their waters and burned his body. Seoul called the killing intolerable and demanded the North apologize and punish those responsible.

"It appears that Chairman Kim sees the current situation as very serious and wants to prevent things from spiraling out of control," Hong Min, a senior researcher at the Korea Institute for National Unification, said. 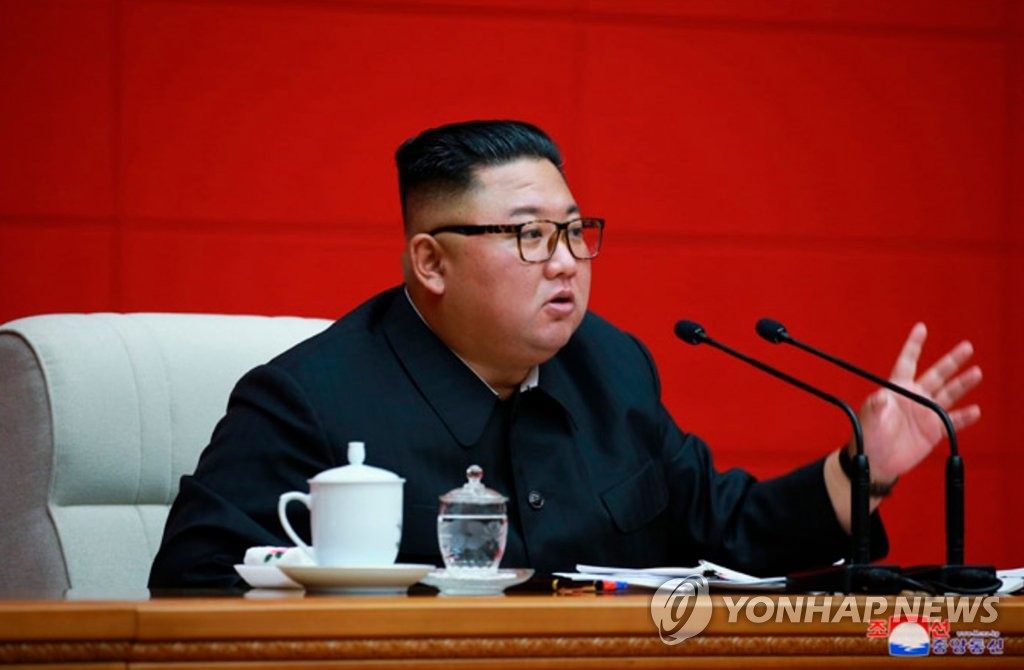 The latest deadly incident was feared to cast a pall over inter-Korean relations, which have long been stalled since the no-deal summit between North Korean leader Kim and U.S. President Donald Trump.

Little progress has been made in cross-border exchanges and talks ever since as North Korea has not responded to Seoul's offer for cooperation. Making matters worse, the North blew up a joint liaison office in its border town of Kaesong and cut off cross-border communication in June in protest of the sending of anti-Pyongyang leaflets by activists in the South.

Hong said that cross-border dialogue is necessary more than at any other time to pursue follow-up joint investigation into the incident and cooperation to prevent the recurrence of such an incident along their border.

In Friday's message, North Korea said that it shot and killed the South Korean official, seeing him as an intruder, but said that what it set on fire was not his body but a floating material he was hanging on to, a major gap with Seoul's claim. The North added that it couldn't find his body.

"We need to ask for further explanations from the North to know what exactly happened," Hong said. "The two Koreas need to meet and have dialogue and also explore ways to prevent such a tragedy from happening again. Restoration of communication lines could be one of them."

It still remains to be seen whether Friday's message from the North Korean leader will lead to a major breakthrough in deadlocked inter-Korean relations at a time when the latest deadly incident has generated strong public outrage in South Korea.

Some experts called on South Korea to take a cautious approach to advancing inter-Korean policy, saying the pace should be adjusted in accordance with public sentiment.

"What matters is how much the public will believe in the North's explanations and the sincerity of Kim's apology," Lim Eul-chul, a professor at the Institute for Far Eastern Studies at Kyungnam University, said.

"Also important is that regardless of whether they burned his body or not, one unchanged fact is that one of our citizens was shot and killed," he said. "The government should not be in a hurry to tackle the stalemate in relations with the North right away but patiently wait to see how cooperative North Korea will be and what follow-up measures it intends to take going forward."

"If North Korea agrees to conduct joint investigation with the South or reopens a military hotline as part of preventive measures, they could help ease public outrage to some extent," he added.