The dance video reached the milestone Friday at 10:30 p.m., 35 days after it was posted on the video-sharing site, according to Big Hit Entertainment.

It garnered the number in the shortest time among K-pop videos.

The video attracted 101 million views in the first 24 hours of release on Aug. 21, setting the record for single-day views. 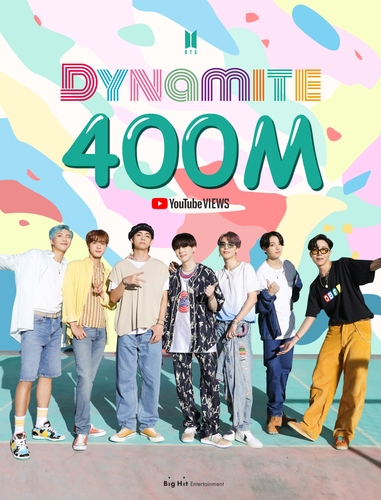 BTS became the first South Korean act to top the Billboard Hot 100 chart last month thanks to the disco-pop single.

The song rose two notches to rank 19th on the Official U.K. Singles Chart on Friday, according to the leading British music tracker.

The track debuted at No. 3 five weeks ago on the chart and has continued to fall since, coming in at 21st last week.

BTS will release new album “BE” on Nov. 20 amidst their in-person concert’s cancellation