SEOUL, Sept. 27 (Yonhap) -- North Korea warned South Korea on Sunday to stop violating its western sea border in searching for the body of a citizen shot and killed in North Korean waters, saying it will search for the body on its own and hand it over if it's found.

South Korea has been searching for the body of the 47-year-old fisheries official shot and killed by North Korean soldiers earlier last week after he drifted into their waters near the Yellow Sea border between the two sides. South Korea claims the North shot him to death and burned the body, while the North claims it was lost in the sea after he was shot.

"According to a report by the western fleet of our navy, the south side has mobilized many vessels including warships to an action presumed to be a search operation and let them intrude into our territorial waters since September 25. It arouses our due vigilance as it may lead to another awful incident," the Korean Central News Agency said.

"We can never overlook any intrusion into our territorial waters and we seriously warn the south side against it. We urge the south side to immediately halt the intrusion across the military demarcation line in the west sea that may lead to escalation of tensions," it said.

The KCNA noted that North Korea plans to organize a search operation of its own and considers "procedures" and "ways" of handing over "any tide-brought corpse" to the South "in case we find it during the operation."

On Friday, North Korean leader Kim Jong-un apologized for the killing in a message sent to Seoul's presidential office, saying he is deeply sorry for the "unexpected" and "unfortunate" incident that happened in his country's waters.

The North's message, however, offered an account with major discrepancies from the Seoul's claim, including how the body was handled. It also differs on whether the ill-fated official expressed an intention to defect before his death and who gave the shooting order.

On Saturday, South Korea's presidential office said it will demand North Korea carry out an additional or joint investigation into the killing to figure out exactly what happened. It is uncertain whether North Korea will accept the demand.

North Korea has not accepted Seoul's call for a joint probe into similar cases, including the death of Park Wang-ja, who was shot and killed at the North's mountain resort of Kumgang while traveling there in July 2008. 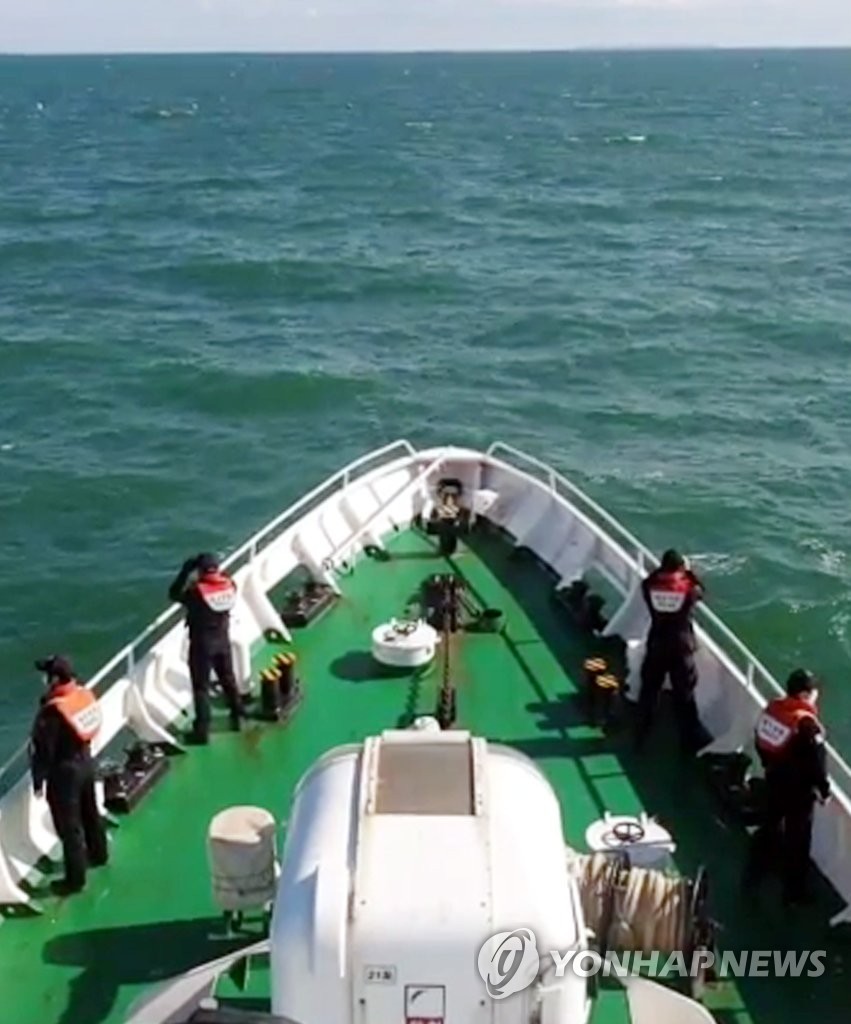