SEOUL, Sept. 27 (Yonhap) -- South Korea and China held a ceremony Sunday to repatriate 117 sets of the remains of Chinese troops killed during the 1950-53 Korean War, the foreign ministry said.

The seventh such repatriation ceremony took place at Incheon International Airport, west of Seoul, a day after the two countries casketed the remains at a temporary storage facility in Incheon.

Of the remains repatriated Sunday, 103 sets were excavated last year from Arrowhead Ridge, a battle site inside the Demilitarized Zone separating the two Koreas. Others were uncovered in other parts of South Korea.

"Our government plans to continue to repatriate the remains of Chinese troops if excavated in Korea and will make efforts for the future-oriented development of bilateral relations," the ministry said in a press release.

Since the two countries agreed on the return of the Chinese troop remains in 2014 in a symbolic gesture of their friendship, Seoul has returned 716 sets of remains of Chinese fighters, including the latest 117 sets. 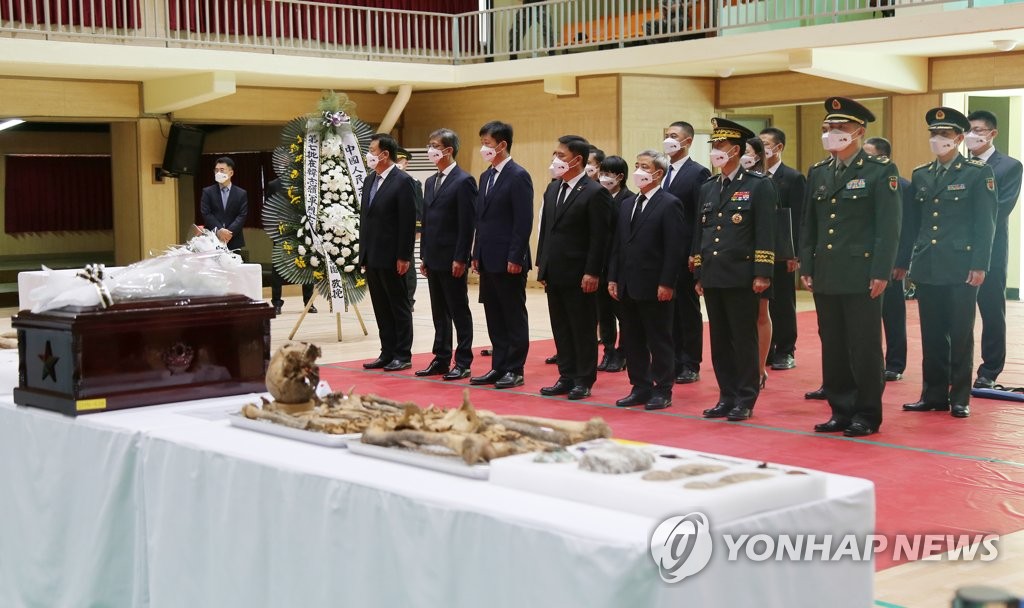