SEOUL, Sept. 27 (Yonhap) -- South Korea's chief nuclear envoy, Lee Do-hoon, left for Washington on Sunday for talks with his counterpart expected to include North Korea's recent killing of a South Korean citizen drifting in its waters.

During his four-day visit to Washington, Lee will hold talks with U.S. Deputy Secretary of State Stephen Biegun, who doubles as the point man for North Korea.

"We are currently at a critical point in advancing the peace process on the Korean Peninsula," he told reporters before departing.

"I will meet with Special Representative Biegun to closely discuss how to stably manage the current situation and resume dialogue so as to tackle our challenges of realizing the complete denuclearization and lasting peace on the Korean Peninsula," he added.

Nuclear negotiations between Washington and Pyongyang remain stalled since the collapse of the Hanoi summit between U.S. President Donald Trump and North Korean leader Kim Jong-un in February 2019. Inter-Korean relations have also been strained after the North severed all communication channels with the South and blew up the joint liaison office in June. 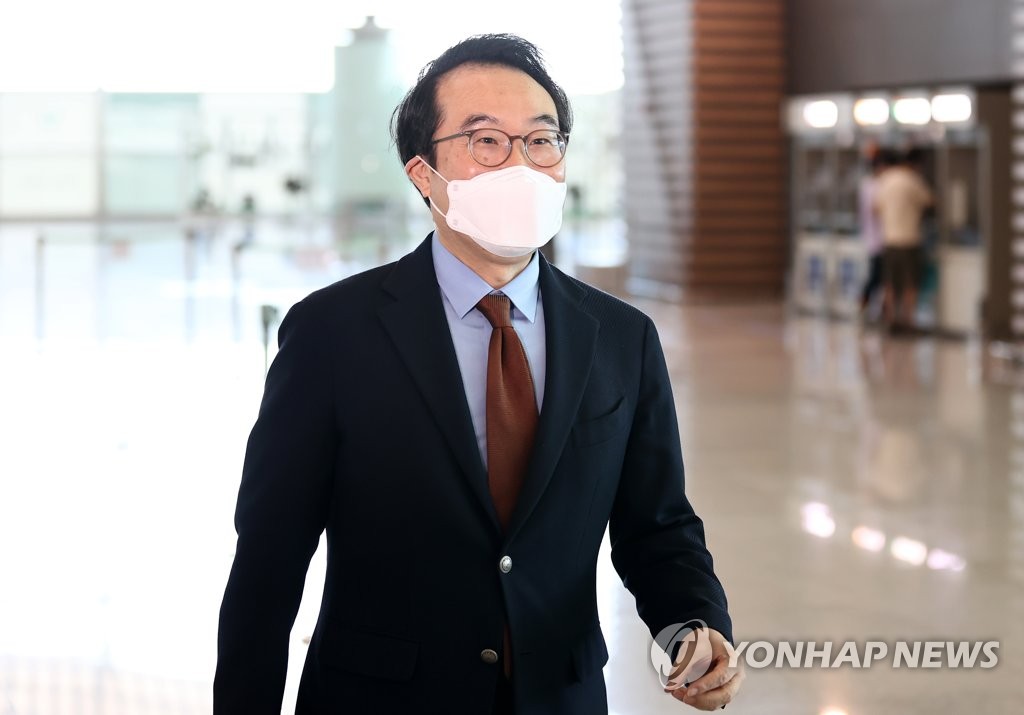