Kim Hyung-chong visited the U.S. capital from Sept. 16 to last Sunday, before President Moon Jae-in's Sept. 22 speech for the U.N. General Assembly that renewed his call for the declaration of a formal end to the 1950-53 Korean War and proposed a regional public health initiative involving the North. 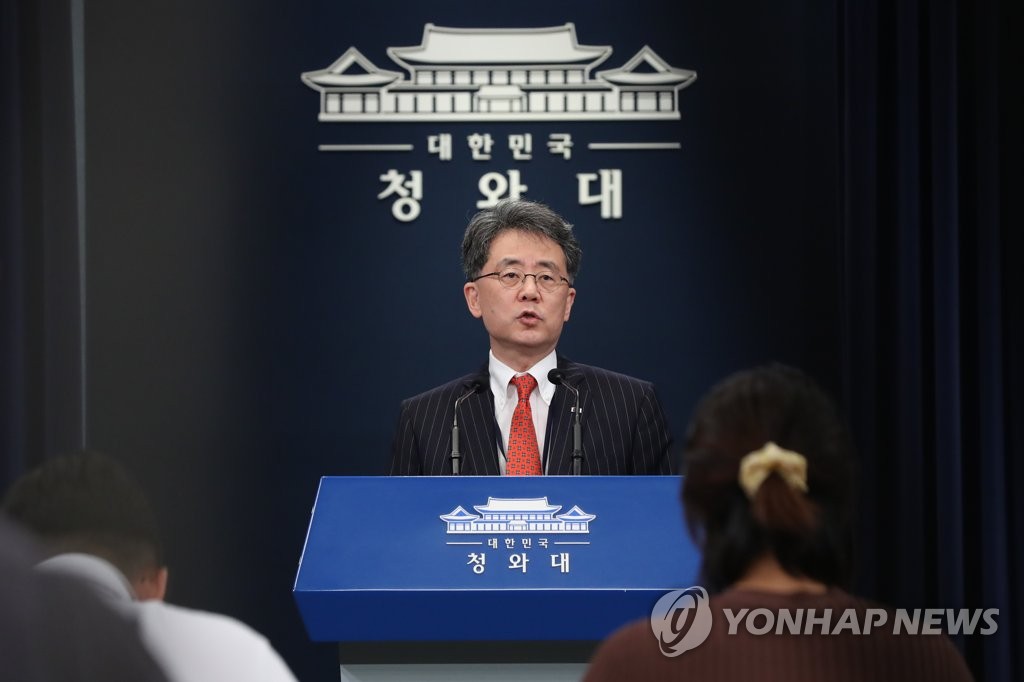 Pyongyang's recent killing of a South Korean fisheries official at sea was not an issue for his discussions with Washington officials, as the incident took place after he wrapped up his trip there.

"Through his visit this time, our side reconfirmed the firm support by the U.S. administration and its public about the South Korea-U.S. alliance ahead of the November U.S. presidential election, and exchanged wide-ranging opinions on the North Korean issue as well as pending bilateral issues," Cheong Wa Dae spokesman Kang Min-seok said in a written statement.

During his stay in Washington, Kim met key officials from the White House and departments of state, defense, energy and commerce, as well as think tank officials, to discuss regional situations and other issues, Kang said.

Kim's trip came amid a flurry of diplomatic exchanges between Seoul and Washington apparently aimed at resuming stalled dialogue with Pyongyang and reinforcing the security alliance ahead of the U.S. election in November.

On Sunday, Seoul's top nuclear envoy, Lee Do-hoon departed for Washington for talks with Deputy Secretary of State Stephen Biegun, who doubles as the U.S. point man on negotiations with Pyongyang.

Earlier this month, First Vice Foreign Minister Choi Jong-kun also visited the U.S. for a meeting with Biegun over a range of issues concerning the alliance.