SEOUL, Sept. 27 (Yonhap) -- The leader of the ruling Democratic Party on Sunday urged North Korea to swiftly agree to a joint investigation with South Korea into the shooting death of a South Korean fisheries official in North Korean waters.

Rep. Lee Nak-yon made the remark in a Facebook posting, saying the North's account of what happened is different from South Korea's findings, including whether the body of the 47-year-old official was set on fire or not.

South Korea said the North shot and killed the fisheries official drifting in its waters before burning his body. But the North claimed that what it set on fire was a "floating material" the "intruder" was relying on and the official's body could not be found after he was shot.

North Korean leader Kim Jong-un apologized over the killing, saying an unfortunate incident that should not have happened has happened, and he was very sorry for giving President Moon Jae-in and the South Korean people a big sense of disappointment.

Earlier Sunday, however, the North warned it will never overlook the South violating the western sea border in searching for the body of the ill-fated official, saying it will search for the body on its own and hand it over if it is found.

"As the South and the North are searching respective waters, I hope the body will be recovered as soon as possible," Lee said.

Lee also expressed "deep regret" over the killing, saying it is "unacceptable" for any reason to shoot an unarmed civilian drifting at sea. 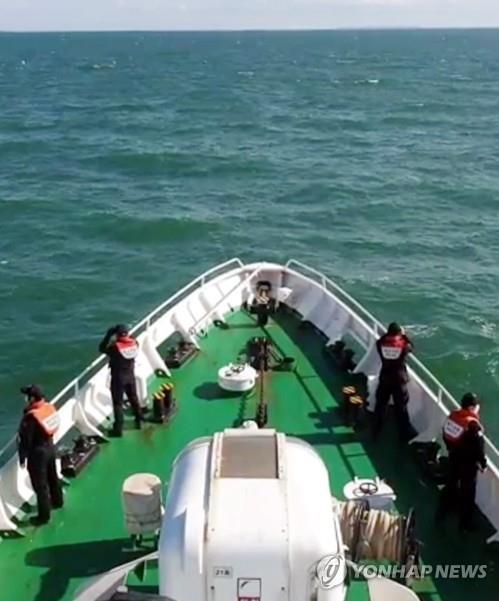