SEOUL, Sept. 28 (Yonhap) -- The United States is not ready yet to talk with allies about deployment of its specific military capabilities, a senior U.S. official said Monday, as Washington is considering deploying intermediate-range missiles in East Asia to counterbalance China's growing capabilities.

Marshall Billingslea, special U.S. presidential envoy for arms control, also said in an interview with Yonhap News Agency and other local media outlets in Seoul that North Korea's recent apology for the killing of a South Korean fisheries official is a good first step toward resolving the issue.

Billingslea arrived in Seoul on Sunday for a two-day visit.

The trip came as the U.S. has been considering deploying intermediate-range missiles in Asia to counter China after withdrawing from the 1988 Intermediate-Range Nuclear Forces Treaty (INF) last year amid speculation that South Korea could be one of the candidate sites.

Claiming that China test-fired missiles 225 times last year alone, which is more than the number of launches by all the other countries in the world combined, Billingslea called on China to come forward and discuss the matter with the U.S., which is not a request but its legal obligation.

"We have had no discussions with the U.S. on the possible hosting of U.S. intermediate-range missiles," a defense ministry official said. "No official request from the U.S. side for discussions regarding the issue has been made."

In a pre-trip interview with Yonhap, Billingslea said the purpose of his visit is to discuss "the rapid Chinese buildup of nuclear weapons and ballistic and conventional missiles." The envoy also said he has "additional intelligence to share with our ally regarding the Chinese programs." 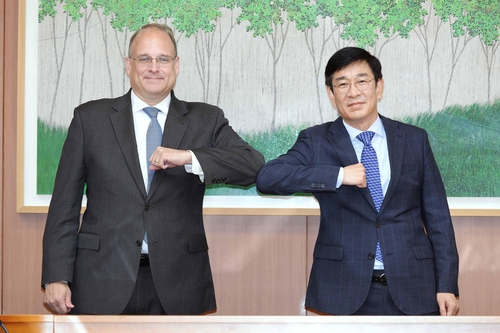 Earlier in the day, the U.S. envoy held talks with Ham Sang-wook, deputy foreign minister for multilateral and global affairs, and the two sides agreed to hold high-level talks on arms control in Washington at an early date, according to the foreign ministry. 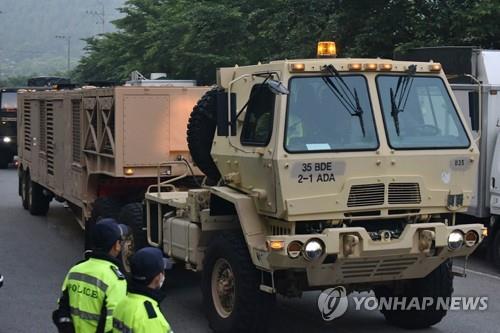