The Toronto Blue Jays' starter Ryu Hyun-jin will be pitching in his fifth postseason, and his first with the team that handed him a four-year, US$80 million contract last winter to get just the kind of season he delivered. 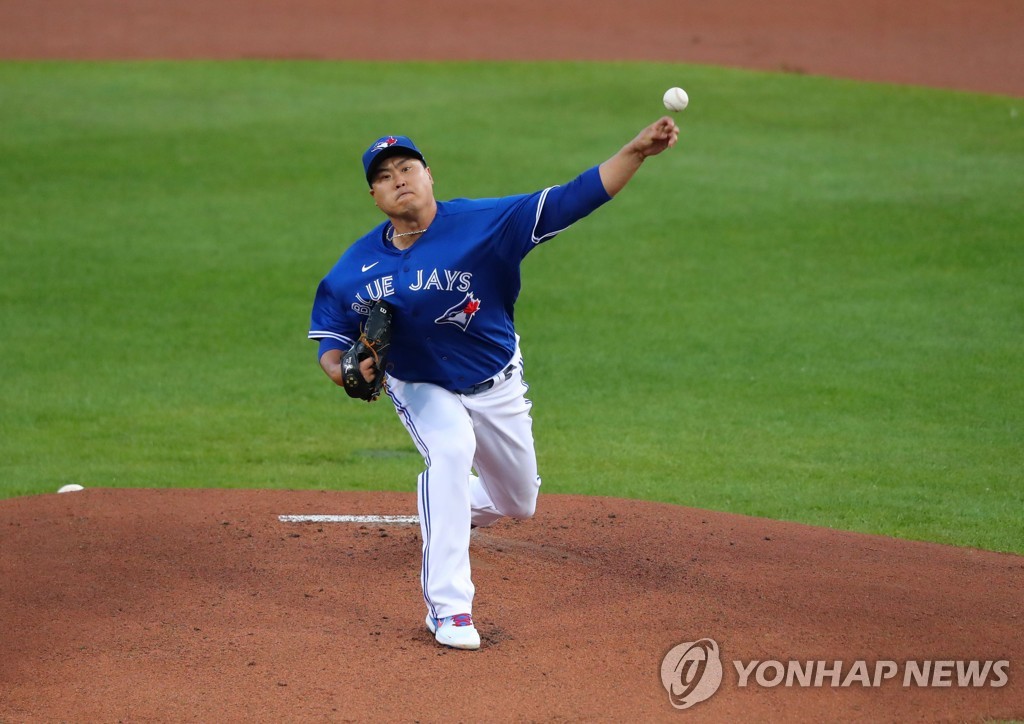 The left-hander finished the regular season with a bang, shutting down the New York Yankees in seven scoreless innings in a 4-1 victory last Thursday that secured Toronto's first postseason berth in four years.

As the eighth seed in the expanded playoff format with a 32-28 record, the Blue Jays will take on the top-seeded Tampa Bay Rays (40-20), the AL East champion, in the best-of-three Wild Card Series. The Rays won the season series, 6-4.

Though Ryu is the undisputed staff ace for the team, the Blue Jays haven't yet committed to the left-hander as their Game 1 starter for Tuesday. If Ryu pitched the opening game, he'd be pitching on four days' rest.

Toronto manager Charlie Montoyo said Saturday that Ryu was "a little sore" after making a season-high 100 pitches against the Yankees and that the team was keeping its pitching options open.

Ryu faced the Rays twice this year. He gave up three earned runs on four hits in 4 2/3 innings against them on Opening Day on July 24, but held them to a run on three hits in five innings on Aug. 22. Ryu didn't factor into a decision in either of the starts. 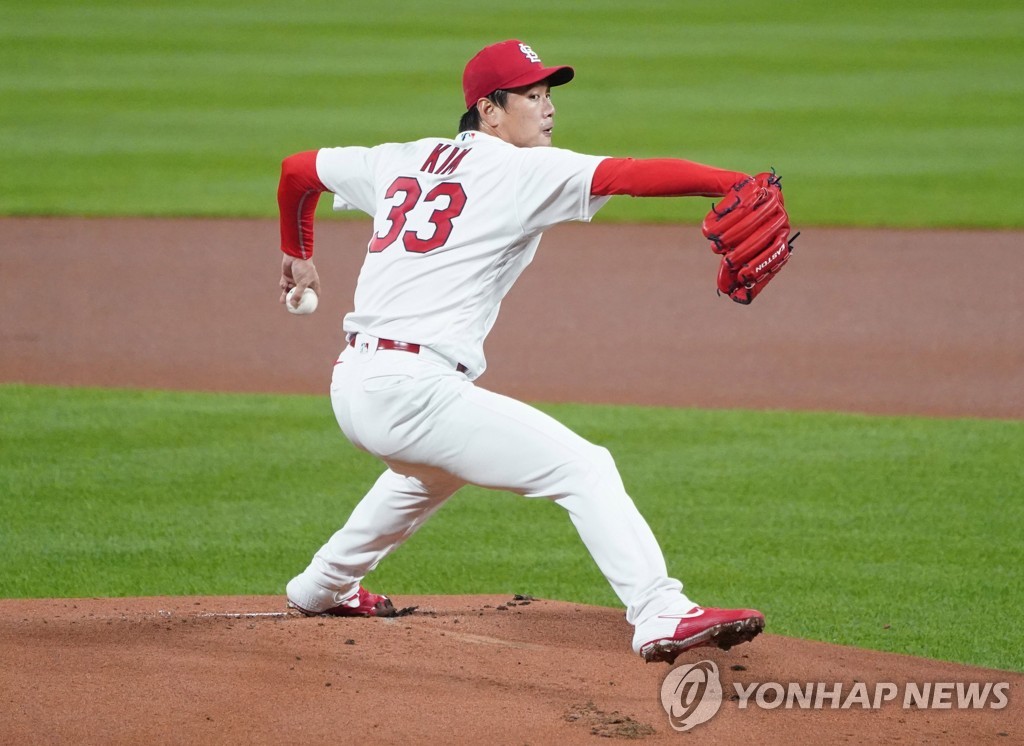 The Rays are hoping to get their injured Korean infielder Choi Ji-man back for the postseason. Choi missed the final two weeks of the season with a hamstring injury. Though he only batted .230/.331/.410, Choi had been doing slightly better over his last 12 games prior to the injury, with a .282 batting average.

Choi, a left-handed batter who dabbled at switch hitting earlier in the season, is unlikely to face Ryu in the first round. Choi only went 1-for-13 with six strikeouts against left-handed pitchers this season.

If he recovers in time, this will be Choi's second straight postseason. Last year, he played in the Wild Card Game and then the AL Division Series, and batted 3-for-16 with a home run and an RBI. 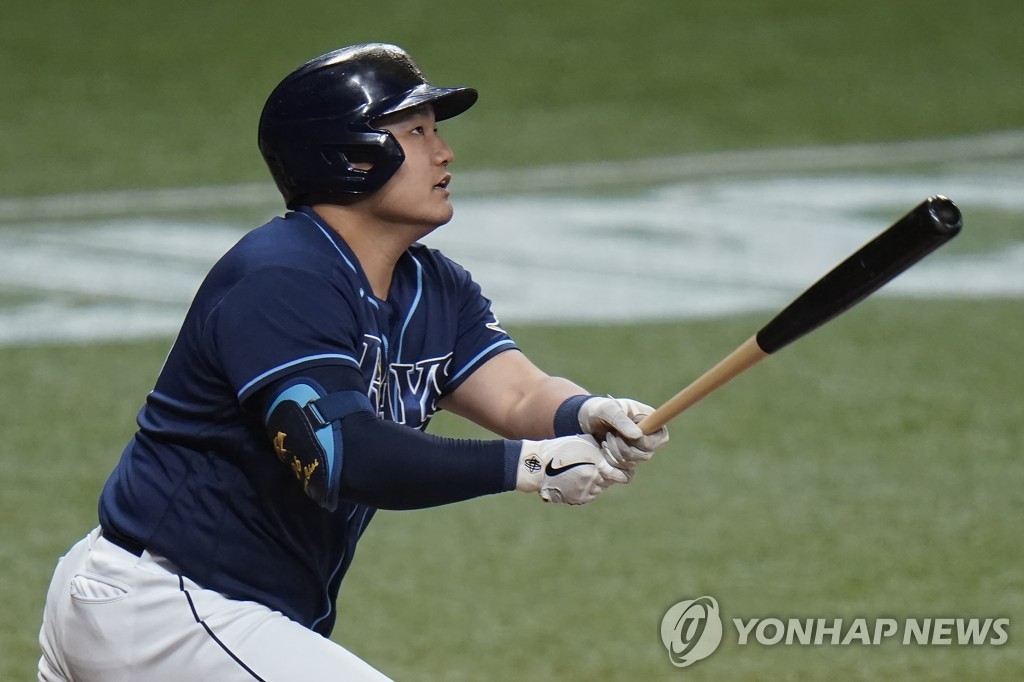 Over in the National League (NL), the St. Louis Cardinals are headed to the postseason as the fifth seed (30-28), thanks to their 5-2 win over the Milwaukee Brewers in their final regular season game in St. Louis on Sunday (local time). Their Korean left-hander Kim Kwang-hyun, coming off an excellent regular season, will be looking to make his big league postseason debut.

Kim began the season as the closer but was soon thrust into the rotation, where he thrived beyond expectations.

Kim finished with a 3-0 record and a 1.62 ERA. As a starter, Kim had a 1.42 ERA and once threw 24 consecutive innings without allowing an earned run.

The 32-year-old has plenty of big game experience. He won four Korean Series titles while pitching for the SK Wyverns in the Korea Baseball Organization (KBO) from 2007 to 2019, and he recorded the final outs in championship-clinching games in 2010 and 2018.

The Cardinals, an NL Central representative, will face the fourth-seeded San Diego Padres coming out of the NL West. Because of divisional play in place, the Cardinals and the Padres didn't face each other during the regular season. 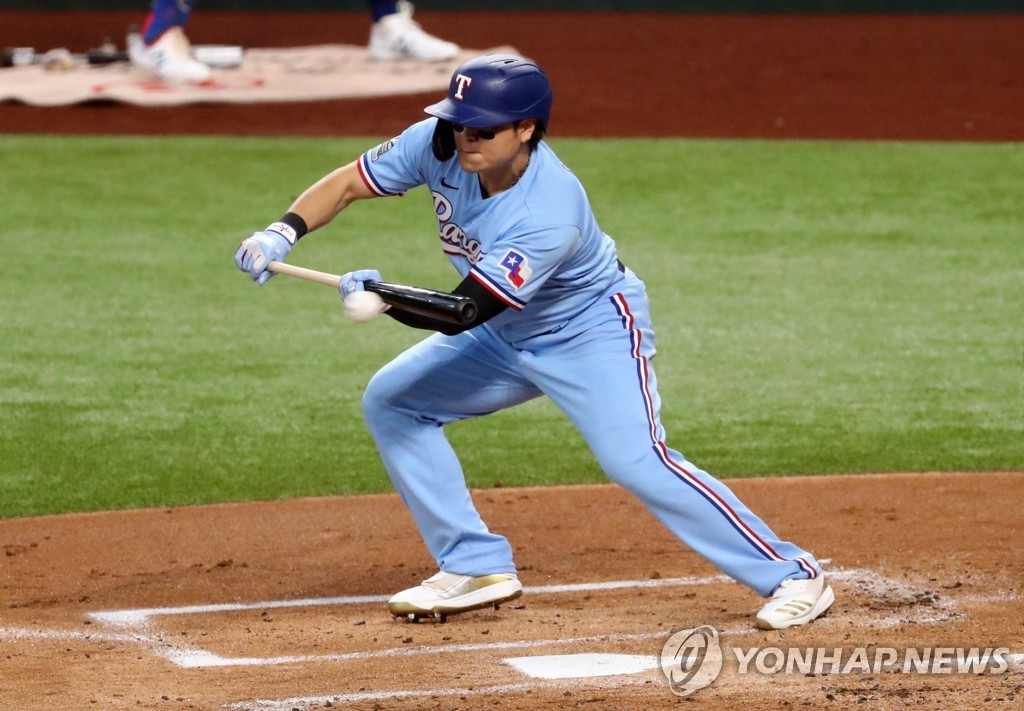 The elder statesman in the Korean contingent will be the only one left on the outside looking in during the postseason this year.

Choo Shin-soo of the Texas Rangers landed on the injured list on Sept. 9, two days after jamming his right hand into the ground while sliding home safely on a double. He wasn't expected to play again this year, but the Rangers activated him for Sunday's season finale against the Houston Astros.

Choo put down a bunt single in what turned out to be his final at-bat of 2020 and possible of his Rangers tenure. Choo, who was lifted for a pinch runner after spraining his left ankle on the play, was in the final year of his seven-year deal with Texas.