Samsung was projected to log 63.95 trillion won (US$54.5 billion) in sales in the July-September period, up 3.1 percent from a year earlier, while operating profit was estimated to surge 33.7 percent on-year to 10.4 trillion won over the period, according to Yonhap Infomax, the financial news arm of Yonhap News Agency, which compiled data from 17 brokerage houses.

Should Samsung meet the consensus, the tech giant will post its best quarterly performance since the fourth quarter of 2018, when it logged an operating profit of 10.8 trillion won. 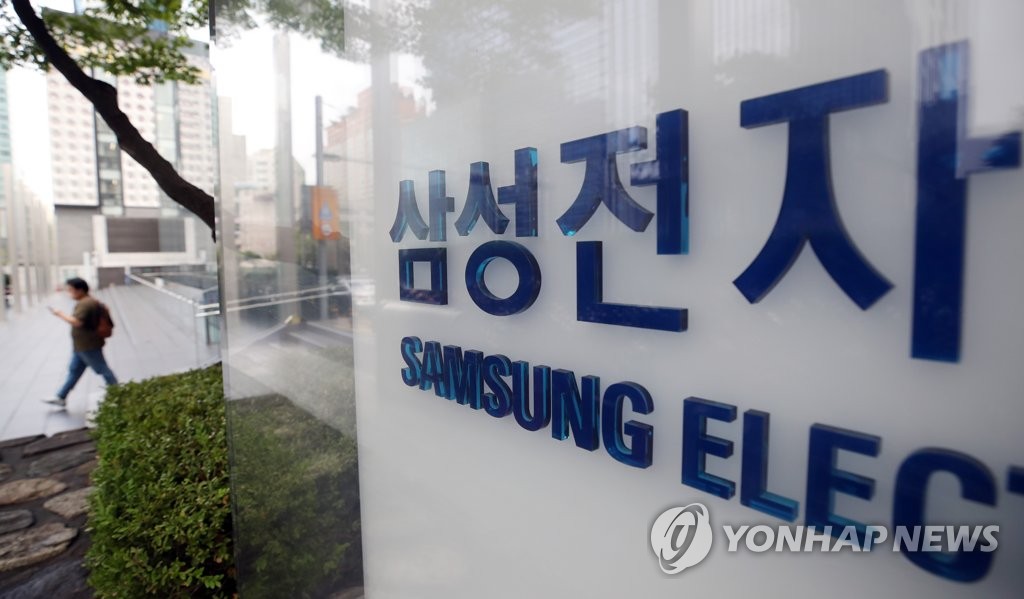 Compared with the previous quarter, the estimated figure suggests Samsung seeing a 20.7 percent increase in sales and a 27.6 percent jump in operating profit.

Samsung, the world's leading memory chip and smartphone producer, is expected to announce its third-quarter earnings guidance next week.

Analysts have been raising their earnings outlook for Samsung in recent weeks after they assessed that its chip business is not likely to suffer a big drop in sales despite a decline in memory prices prompted by an excess in inventory.

Server DRAM products in the third quarter were projected to suffer a 10-15 percent price drop in the third quarter, according to market researcher TrendForce, which also estimated that prices for mobile DRAM and consumer DRAM chips to see up to an 8 percent and maximum 10 percent decline, respectively.

Analysts predicted Samsung's chip business to post an operating profit of around 5 trillion won in the third quarter of the year.

Huawei, one of Samsung's five largest customers, has been aggressively procuring semiconductors ahead of the U.S. export restrictions that have been in place since Sept. 15.

"Rush orders from its Chinese client, along with a better yield rate and increased wafer input from the expansion of its Xian plant, pushed up the growth," she said.

Samsung's mobile business was tipped to see a big improvement in its earnings with increased smartphone sales and reduced marketing costs.

Samsung's Galaxy smartphone sales were estimated to be around 80 million units in the third quarter, about a 50 percent increase from the previous quarter, while that of tablets reached 10 million units, roughly 45 percent higher than the second quarter, analysts added.

"It appears that Samsung has performed well amid Huawei's struggle and Apple's new iPhone launch delay, while its tablet sales benefited from a stay-at-home trend," said Song Myung-sub, an analyst at Hi Investment & Securities. "With decreased marketing costs amid the pandemic, the mobile business unit's operating margin is expected to be around 10.5 percent in the third quarter."

Samsung's home appliance business was also tipped to get a boost from pent-up demand amid the pandemic-driven stay-at-home economy with a sharp increase in its TV sales.

Some analysts even predicted the company's consumer electronics unit to post over 1 trillion won in operating profit in the third quarter, its best quarterly performance since the second quarter of 2016.

"Considering TV shipments in July and August, it appears that Samsung's third-quarter TV shipments have posted a better growth than the company's earlier estimate of a 40 percent increase from the previous quarter," said Lee Seung-woo, an analyst at Eugene Securities.

According to a recent report from market tracker Omdia, the global QLED TV market, led by Samsung, was projected to grow to 2.44 million units in the third quarter, up 83.9 percent from a year earlier.

Samsung's display business was projected to post mediocre earnings in the third quarter due to the delayed launch of Apple's new iPhone 12 series.