SEOUL, Sept. 28 (Yonhap) -- One matchday into the final round of the South Korean football season and there are already changes at both ends of the table.

Incheon United moved out of the K League 1 cellar on Sunday, setting a club scoring record in a 6-0 rout of Seongnam FC. Stefan Mugosa scored his second hat trick of the month for Incheon. 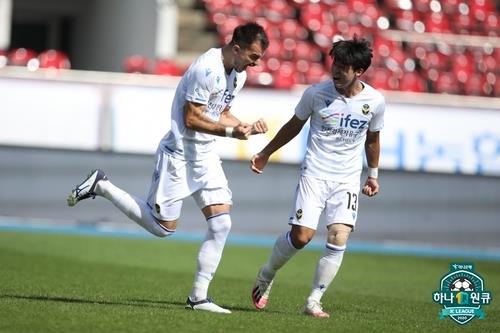 Incheon improved to 21 points. Busan IPark, who lost to Gangwon FC 2-0 the same day, remained stuck at 21 points. Incheon and Busan are also tied in the first tiebreaker, goals scored, at 21 apiece, but Incheon have the edge in the goal difference tiebreaker, minus 9 to minus 12.

Incheon, who began the season on a 15-match winless skid, had been in last place among 12 clubs since June 7.

They enjoyed a man advantage for all but two minutes of the match. Seongnam defender Yeon Je-woon was sent off with a direct red card in just the second minute after his foul on Mugosa. He received a yellow card at first, but following a review from the video assistant referee, it was upgraded to the red. 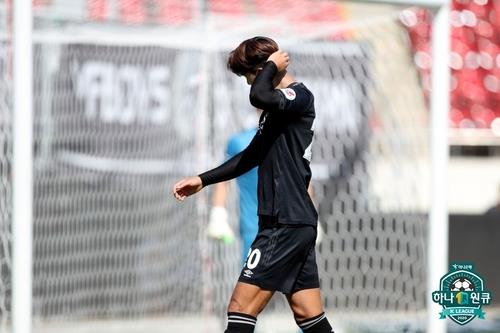 It was the second-fastest direct red issued in K League history.

Mugosa scored his first goal with a header in the 18th and added two more in the final seven minutes of the match for the trifecta.

This past weekend marked the opening of the final stretch of the 2020 season, after teams were split into two tiers. The top six clubs after 22 matches ended up in Final A, and the rest were grouped in Final B. Teams will play four more matches within their own groups to close out the season. 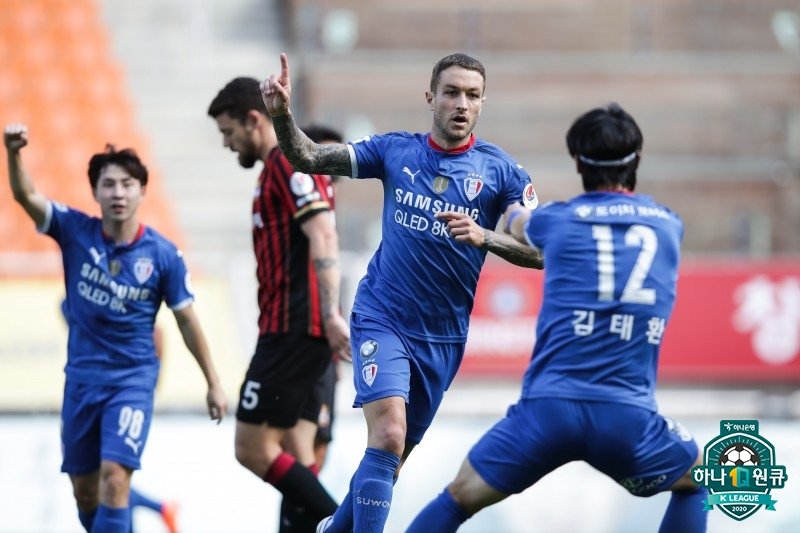 The last-place club at the season's end will be relegated to the K League 2 for 2021, and any of the six clubs in Final B could suffer that fate. Seongnam FC, who have now dropped three straight, sit just one point above Incheon and Busan. Suwon Samsung Bluewings defeated FC Seoul 3-1 Saturday to give themselves a bit of breathing room, though they're still just three points clear of the relegation zone.

At the top of the table, the two-horse race for the title between Ulsan Hyundai FC and Jeonbuk Hyundai Motors got even tighter on Sunday. 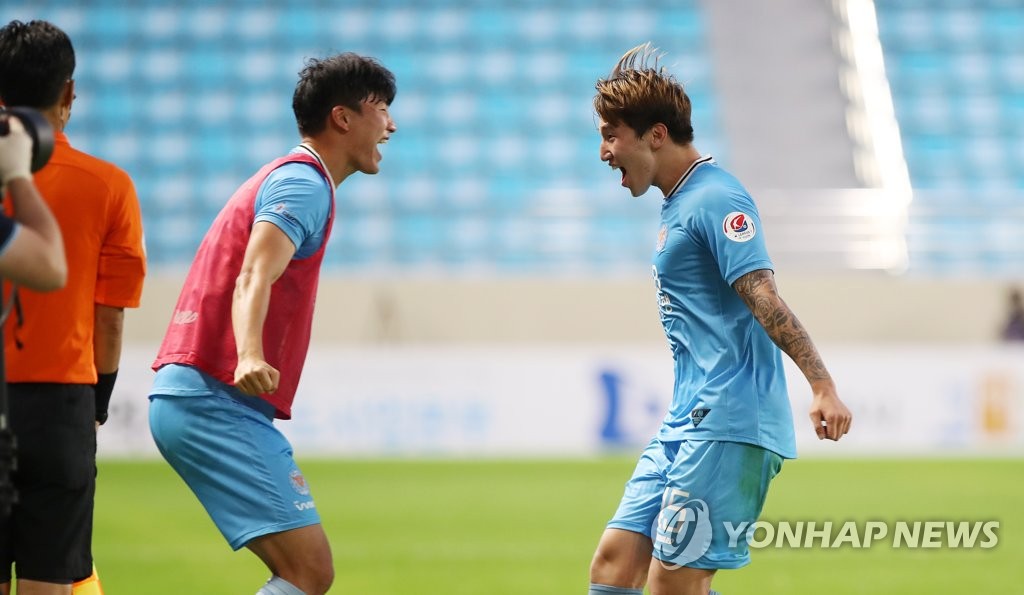 Ulsan blew a late lead and settled for a 2-2 draw with Daegu FC and moved to 51 points. Jeonbuk pulled even in points with 51 following a 1-0 win over Sangju Sangmu.

Ulsan remain ahead in first place thanks to their edge in goals scored, 47-39. Ulsan led Jeonbuk by five points just two weeks ago.

Junior Negrao netted his league-leading 25th goal for Ulsan, a 27th-minute marker that leveled the score at 1-1. Ulsan then took the lead on Kim Tae-hwan's goal five minutes into the second half. In the 90th minute, though, Park Han-bin scored the equalizer for Daegu and helped the underdogs steal one point that must have felt like three points.

Against Sangju, Jeonbuk made Lee Seung-gi's 70th-minute marker stand as the winner and kept the pressure on Ulsan.

The final round will resume Friday with a match between Ulsan and Gwangju FC, with two more matches on Saturday and three on Sunday to follow.

Incheon United climb out of K League cellar; Jeonbuk pull even with Ulsan in points

Incheon United climb out of K League cellar; Jeonbuk pull even with Ulsan in points