SEOUL, Oct. 3 (Yonhap) -- The legal grounds for punishing interference with ambulances has been created, the fire agency said Saturday.

The National Fire Agency said the revisions to the laws related to relief operations passed the National Assembly last month, which are expected to be made public this month.

The revised laws stipulate acts that get in the way of an ambulance are punishable by up to five years in prison or a fine of less than 50 million won (US$42,567). Previously, the loosely worded laws only said those who impede rescue and first aid operations could face the same penalty.

The move came after a taxi driver in June blocked an ambulance carrying a patient in serious condition from reaching a hospital. The patient eventually died.

Also, the fine for a false call for help will increase to 5 million won from the current 2 million won. Other changes require health officials to report infectious disease patients or suspected patients to the fire agency director, and chemical companies and warehouses to report when and if they stop storing or producing chemicals for more than three months to their city government.

The revised laws will go into effect early next year, three months after the public announcement. 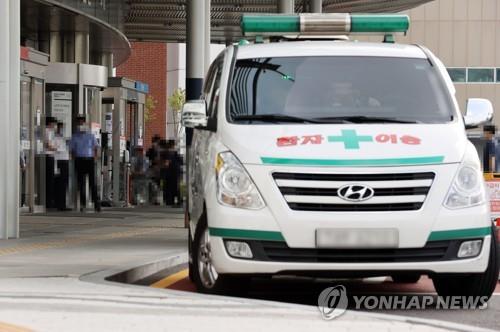