SEOUL, Oct. 2 (Yonhap) -- South Korean mobile carriers are tipped to post improved earnings in the third quarter this year on the back of increased 5G subscribers, analysts said Friday.

The combined operating profits of the country's three major telecom operators -- SK Telecom Co., KT Corp. and LG Uplus Corp. -- are estimated at 898.1 billion won (US$765 million) in the July-Sept. period, compared with 770.4 billion won the previous year, according to a poll by Yonhap Infomax, the financial arm of Yonhap News Agency.

The upbeat forecast comes as new 5G phones from Samsung Electronics Co., such as the Galaxy Note 20 and the Galaxy Z Fold 2, propelled the country's transition to the pricier high-speed network and helped carriers' bottom lines.

South Korea had 7.9 million 5G subscriptions as of July, up half a million from the previous month and accounting for 11 percent of the country's total 69.8 million mobile accounts, according to ICT ministry data.

South Korea was the first country to release the latest generation network in April last year.

Analysts expect LG Uplus Corp. to post the largest rise in operating profit in the third quarter at 219 billion won, up 41 percent from the previous year, thanks to its robust mobile business.

"The healthy stream of new subscribers in the third quarter is expected to lead to improvements in mobile services sales," Shin Eun-jung, an analyst at DB Financial Investment Co., said.

The carrier had 14.5 million mobile subscribers in July, accounting for 21 percent of the total.

The country's growth in 5G users is expected to continue in the final quarter, with the release of Apple Inc.'s new iPhone and data-intensive services such as cloud gaming. 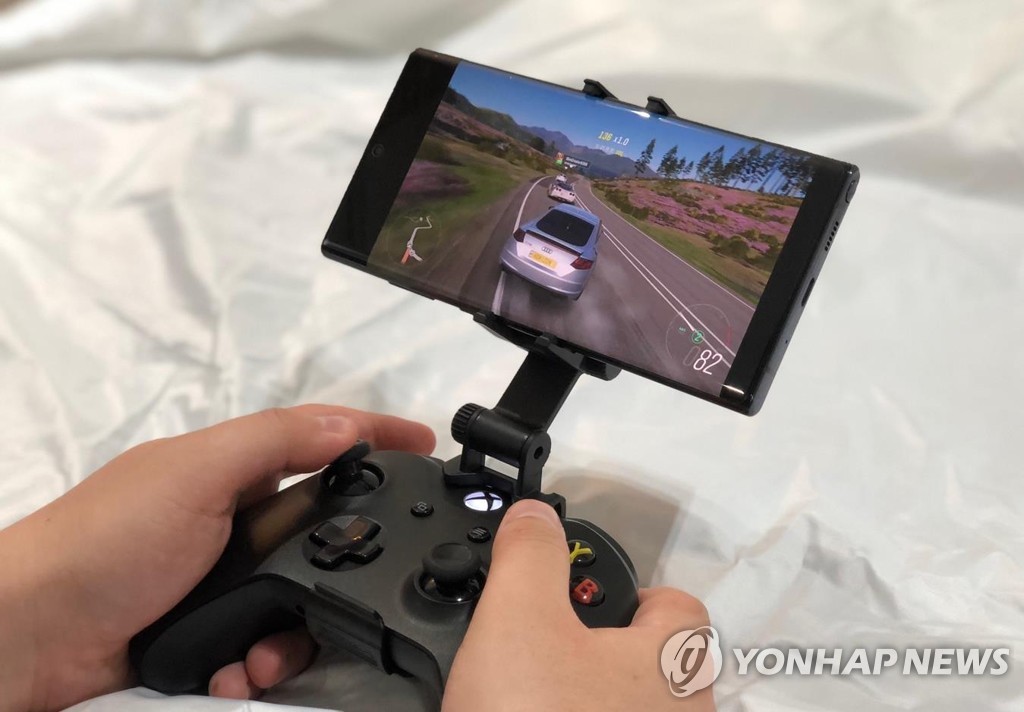 "If Apple's new 5G model is released in late October, a net monthly rise of one million 5G users could be possible from November," Kim said.

KT launched its own platform GameBox last month by partnering with Taiwan-based cloud gaming firm Ubitus Inc. and has racked up over 40,000 users within a month of its release.

The three carriers promised earlier this year to commit 25.7 trillion won into updating their network infrastructure and to establish a nationwide 5G network by 2022.