SEOUL, Sept. 28 (Yonhap) -- This week will mark the return of three-game series in the South Korean baseball regular season, with key matchups between playoff contenders on the horizon.

The Korea Baseball Organization (KBO) clubs have ended a month-plus grind of playing three sets of two games, which required extra traveling. Starting Tuesday, it'll be back to two sets of three games per week, plus an odd doubleheader here and there. Later in October, teams will play makeup games to finish out the 144-game season. 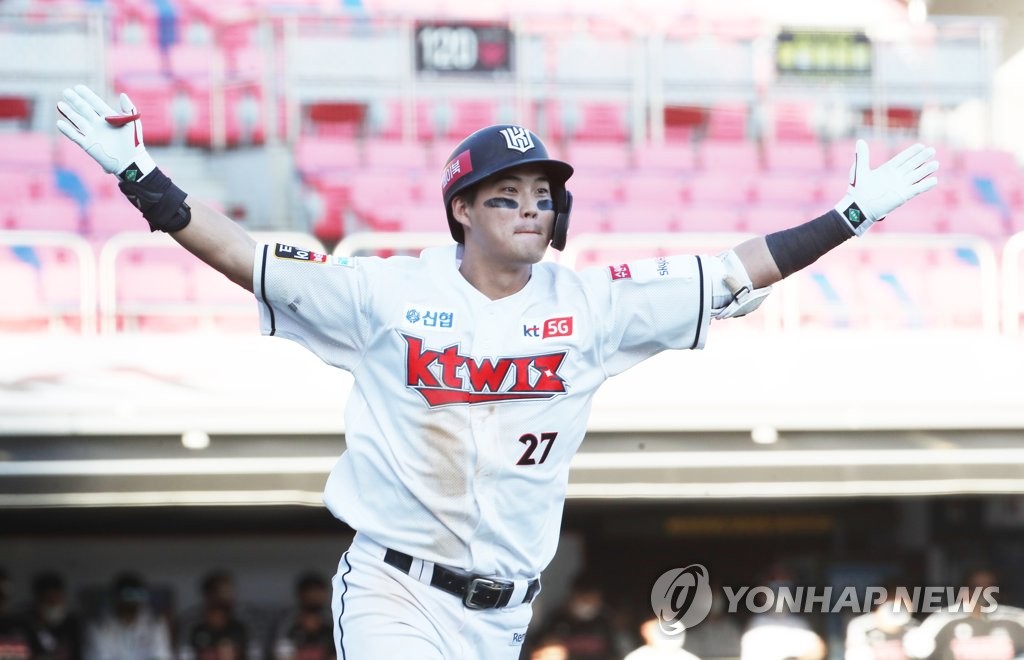 Postseason hopefuls won't be looking that far down the road just yet. But the KT Wiz, in great position to make their first-ever postseason appearance, could be forgiven for maybe circling this coming weekend's series against the LG Twins.

The Wiz are in third place, and the Twins are one game back in fourth. They'll clash for four games starting Friday, with a doubleheader scheduled for Saturday, at KT Wiz Park in Suwon, 45 kilometers south of Seoul.

They just split their two-game series this past weekend, with the Wiz scoring twice in the bottom ninth on Sunday to take the second game.

The Wiz have two games in hand on the Twins at 117 games played, and the upcoming series will be yet another opportunity for the Wiz to prove their mettle in the pennant race that has been too close to call. 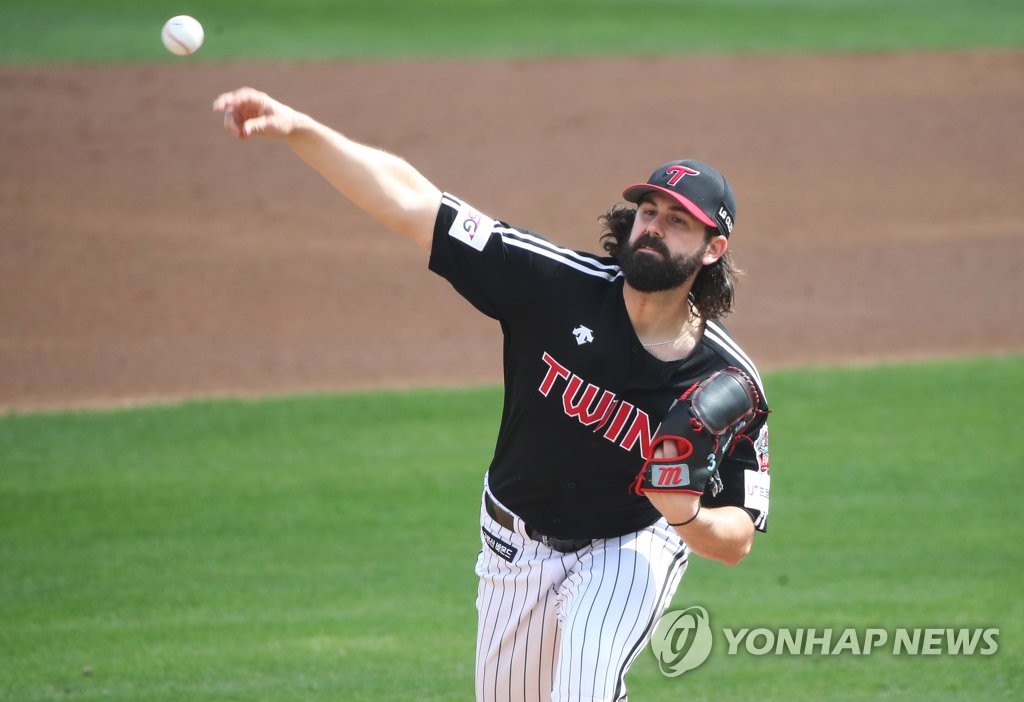 The defending champions Doosan Bears are hanging on to the fifth and final playoff spot by a game over the Kia Tigers. They'll square off for a three-game set beginning Friday at the Bears' home, Jamsil Stadium in Seoul. The Bears have gone 9-3 against the Tigers this year.

The Tigers will be in the nation's capital the whole week. From Tuesday to Thursday, they'll be visiting the Kiwoom Heroes at Gocheok Sky Dome in Seoul.

The Tigers are trying to rally around their top starter Aaron Brooks, who is back in his U.S. home to be with his family after his son, Westin, was seriously injured in a car crash last week. Brooks has said he doesn't foresee a return to baseball this year. The Tigers have gone 2-4 in Brooks' absence.

On the strength of an eight-game winning streak, the first-place NC Dinos have opened up a five-game lead over the Heroes. Their once-comfortable lead had been cut to half a game on a few occasions in the summer, but the Dinos have weathered the storm each time. They have been at the top every day since May 13, the ninth day of the season. 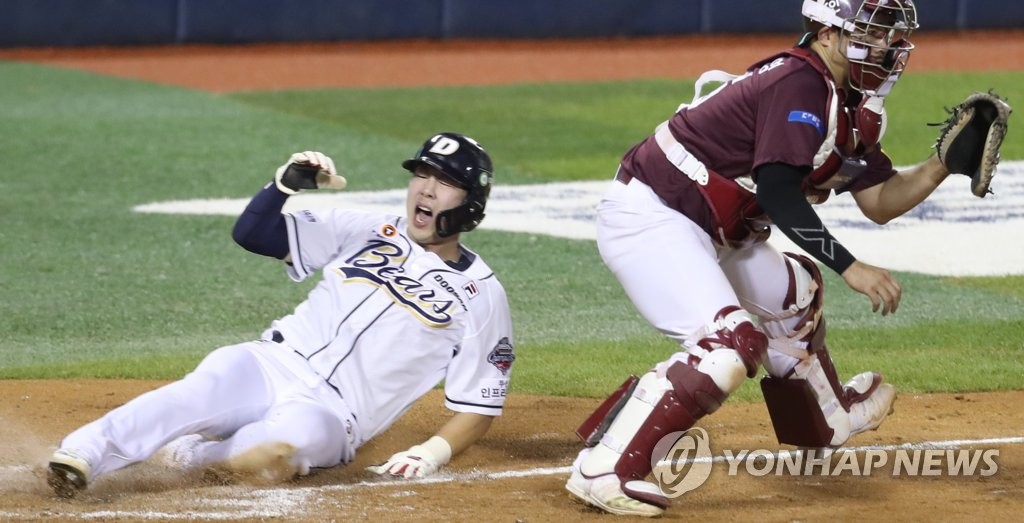 The Dinos have played eight fewer games than the Heroes with 116, but the two teams have the same number of wins with 71.

And the Dinos will have a great opportunity to pad their lead this week, with series against two of the three worst clubs ahead: the ninth-place SK Wyverns from Tuesday to Thursday, followed by No. 8 Samsung Lions from Friday to Sunday.

At the bottom, the race to avoid 100 losses is still on for both the Wyverns and the last-place Hanwha Eagles. 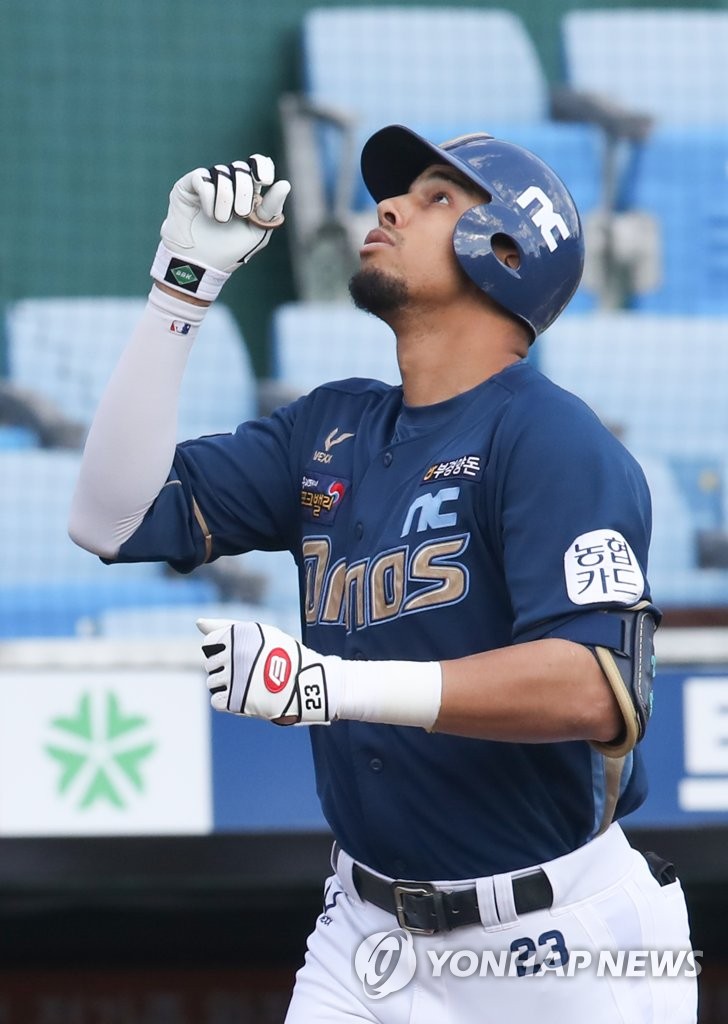 The Eagles are 10-13-1 this month, and the .435 winning percentage is their best in any month of the season. The Wyverns, on the other hand, are 8-16 in September and recently suffered a seven-game losing streak, their fifth skid of at least six games this season. 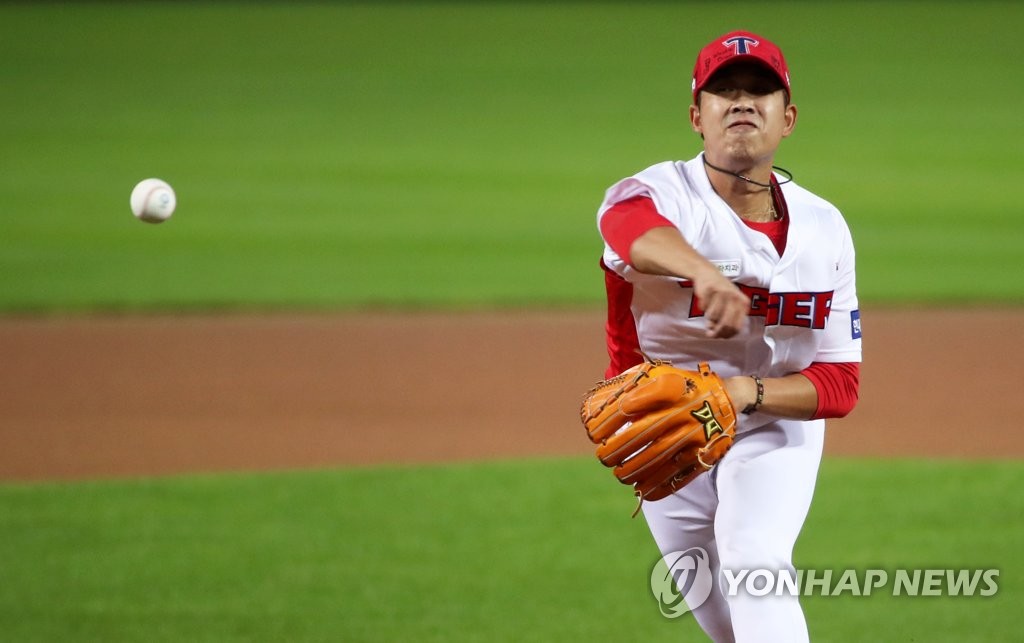