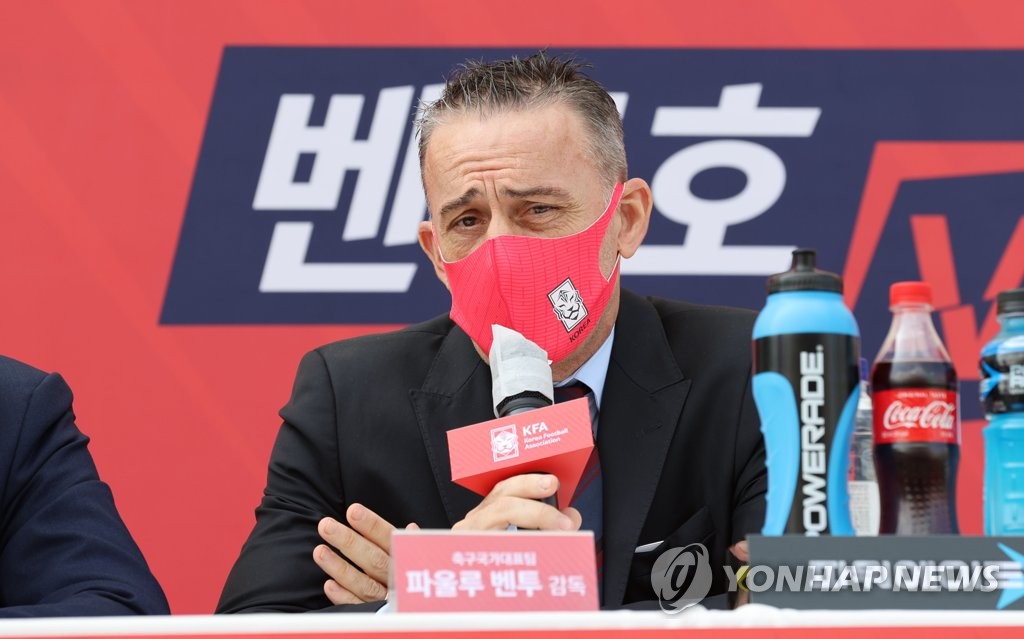 The upcoming exhibition matches between the senior men's team and the under-23 men's squad will be welcomed by both coaches, who said Monday they've been trying to do the best they can under the circumstances.

Paulo Bento and the senior side will face coach Kim Hak-bum and the U-23 team on Oct. 9 and 12 at Goyang Stadium in Goyang, just northwest of Seoul. They unveiled their 23-man rosters on Monday, but Bento, rather than discussing the two matches, put his focus on the big picture.

South Korea's FIFA World Cup qualifying matches scheduled for this spring and summer have been pushed back to next year. They are hoping to schedule friendly matches during the November FIFA window, but Bento said there's still too much uncertainty on that front.

"Regardless of the situation, I'll try to prepare the team the best I can so we can go in and play well under any circumstances," Bento said. "I'll use these exhibition matches as an opportunity to review some of the things we did in the past, and to help new faces get acclimated to our system."

Bento said problems brought on by the pandemic aren't unique to South Korea and that the key is to stay prepared. 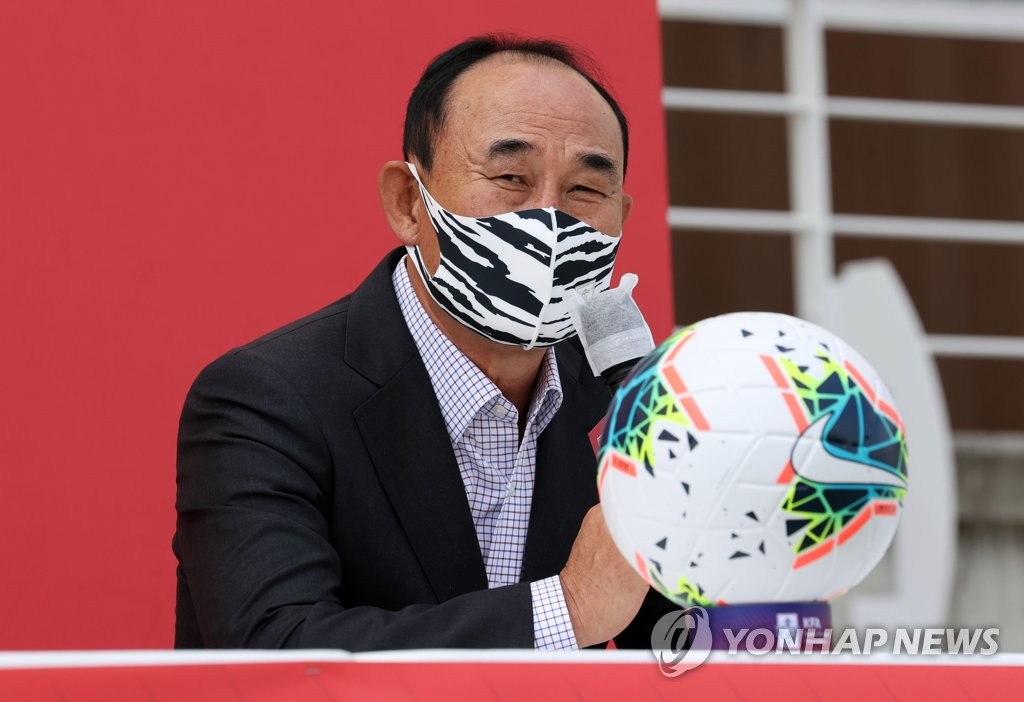 Kim, whose team would already have played at the Tokyo Olympics this year if not for the pandemic, said the lack of clarity on the future schedule has been particularly challenging.

"It's tough not to be able to see guys playing outside Korea in person," Kim said. "But every country is in the same situation. I am trying to keep tabs on players the best I can."

On facing Bento's team, Kim said older players will enjoy a clear advantage in talent, but they still have to play the matches.

"We want to show our football fans that the kids are alright," Kim said. "No one can predict how these matches will play out. There will be a lot of variables at play."

Bento coveted some rising stars from the U-23 talent pool, but for the sake of competitive balance, Bento was only allowed to pick three U-23 players that were also being considered for Kim's team. The Korea Football Association (KFA) stepped in as the mediator. 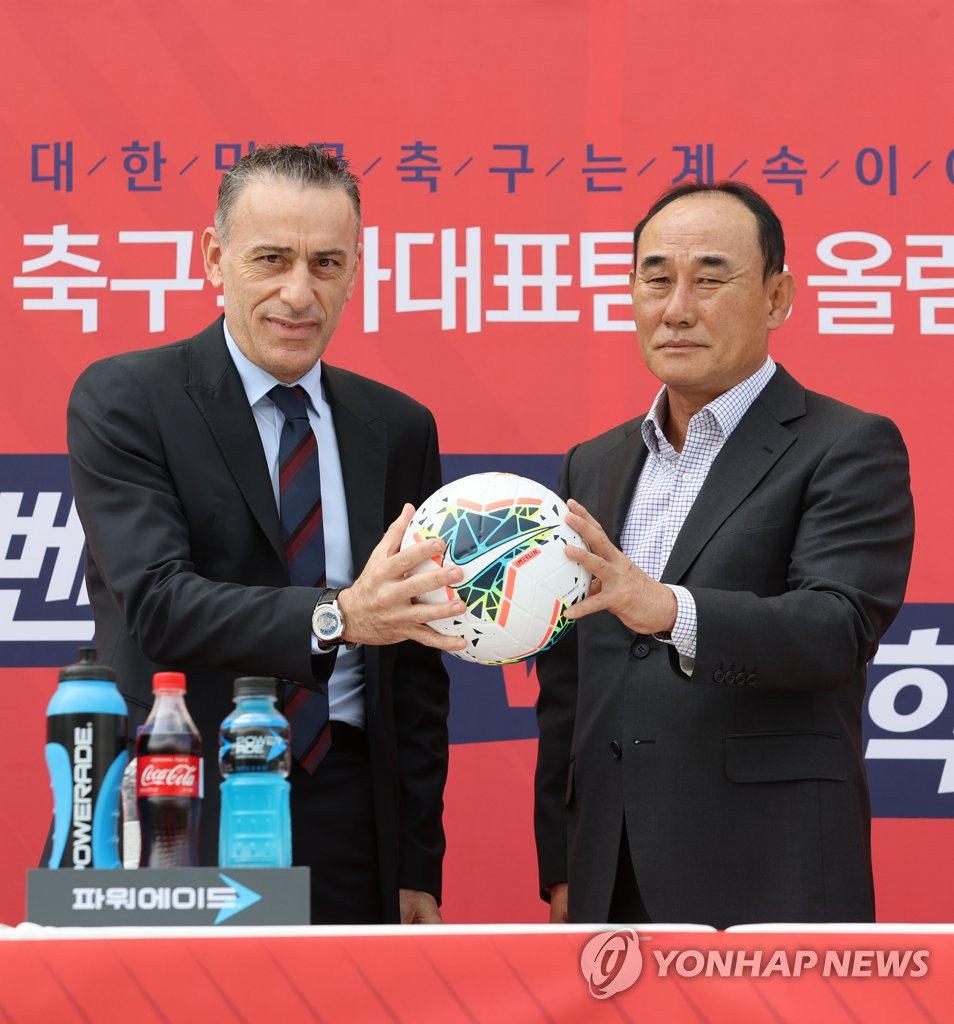 Those three were midfielders Lee Dong-geong and Won Du-jae, and forward Lee Dong-jun. Bento said he liked the versatility and skills of all three players. Lee Dong-jun is normally a forward for his K League club Busan IPark but was listed as a midfielder on Bento's team. Won is a defensive midfielder who can also handle centerback duties. Bento penciled him in as a defender.

Kim said he would have liked to have kept all three to himself but he made concessions for long-term benefits.

"They're all integral members of our team, but if they play well with the senior team, they can come back and help us down the road," Kim said. "My role as the U-23 coach is to keep developing young players and have them graduate to the senior team."

Bento refused to name any names when asked about other U-23 players he'd wanted.

"There are a lot of young and gifted players," Bento said. "When an opportunity arises, I hope more of those players will spend time with the senior team and learn from that experience." 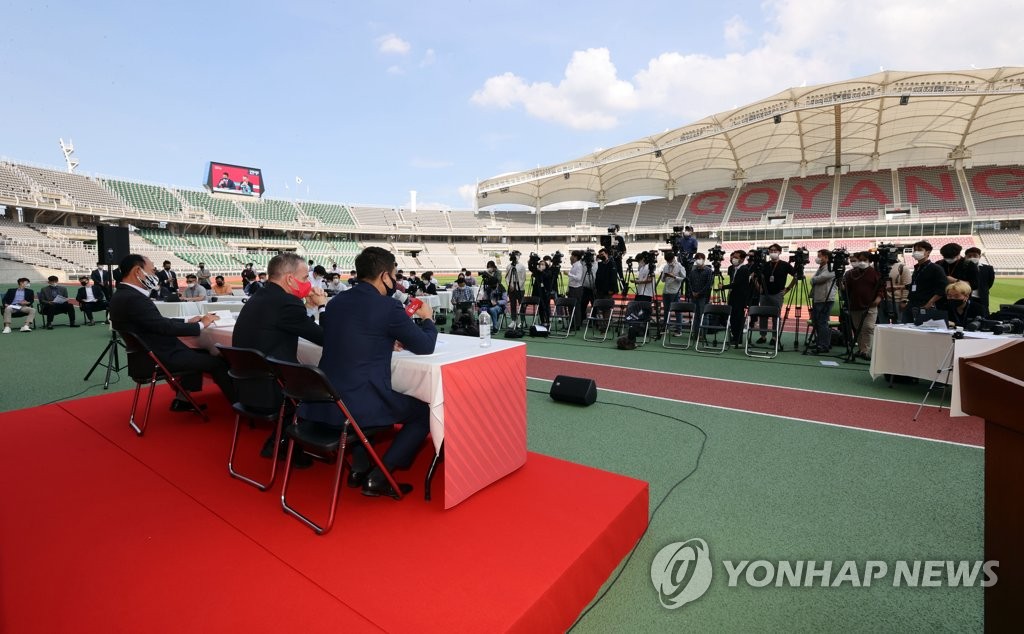