SEOUL, Sept. 28 (Yonhap) -- A second fan-made forest named after RM, the leader of the popular K-pop boy band BTS, in celebration of his birthday opened in Seoul on Monday, an environmental group said. 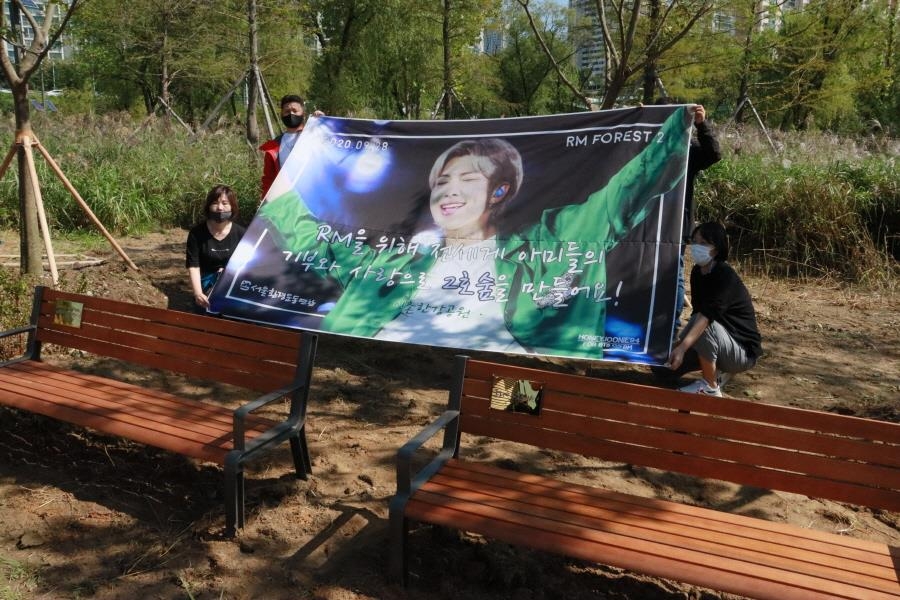 At "RM Forest No. 2," located on the Ichon side of Han River Park, three hackberry trees and 200 stocks of spirea were planted to celebrate RM's 26th birthday, which fell on Sept. 12, according to the Korean Federation for Environmental Movement.

The tree planting was held only by a few organizers due to the COVID-19 pandemic, the group added. 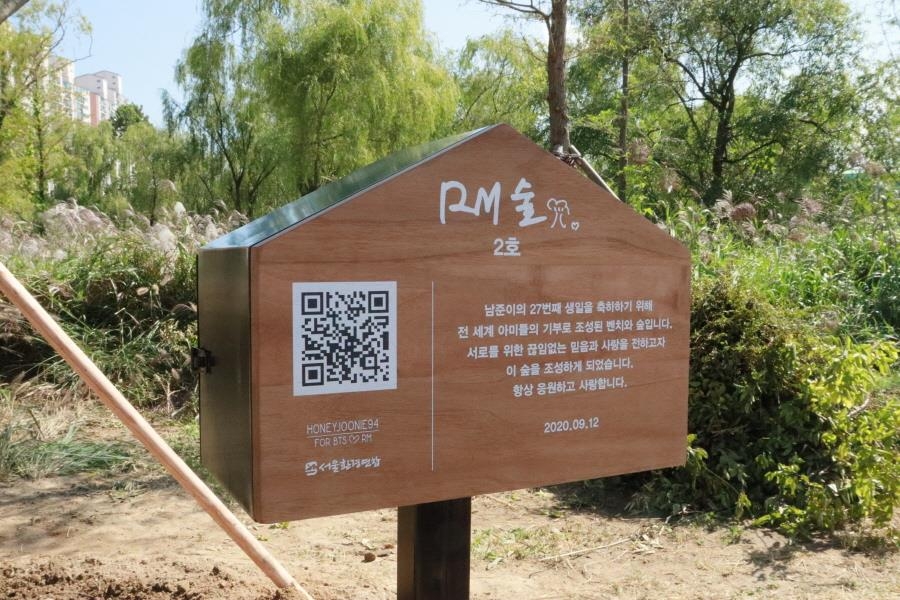 Last year, RM's fans built "RM Forest No. 1" at the Han River Park in Jamsil to mark his 25th birthday, with some 250 fans gathering to join hands in planting trees.

"I'm pleased to create the second RM Forest following the first one," an RM fan using the Twitter account @HoneyJoonie94 said. "I feel regretful that many fans could not participate in the project in person, but hope that RM Forest No. 1 and 2 will play a role in dealing with climate change." 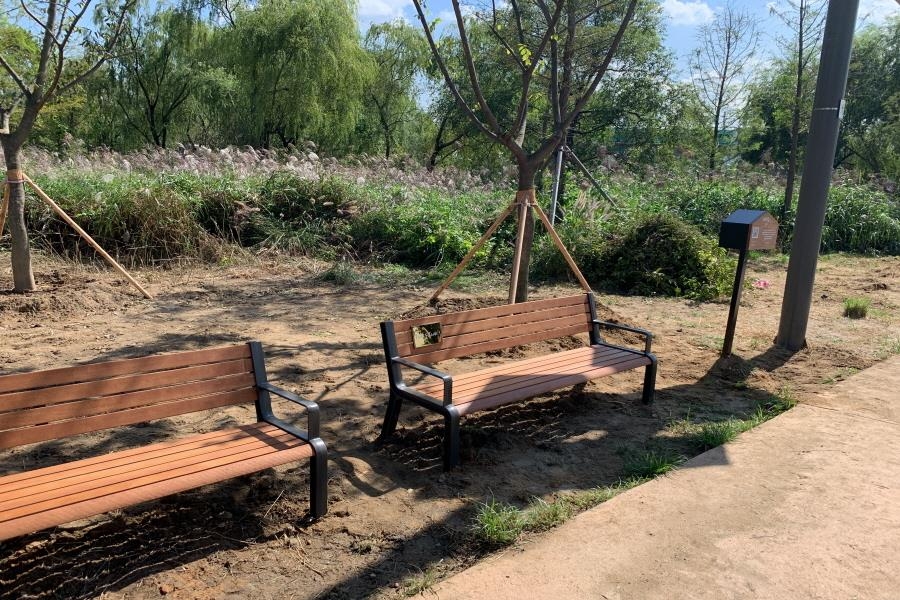