The U.S. Commerce Department recently added SMIC to its blacklist, saying that exports to the Chinese firm pose an "unacceptable risk" of being used for Beijing's military activities. The move prevents U.S. firms from exporting their products and technologies to SMIC without obtaining a license.

The restriction means SMIC, also the world's fourth largest foundry firm, could struggle to get advanced chip materials and equipment from U.S., and have difficulties in filling their customers' orders.

Against this backdrop, analysts here said the U.S. move will benefit foundry firms here, such as Samsung Electronics Co. and DB HiTek Co., as well as local chip equipment suppliers. 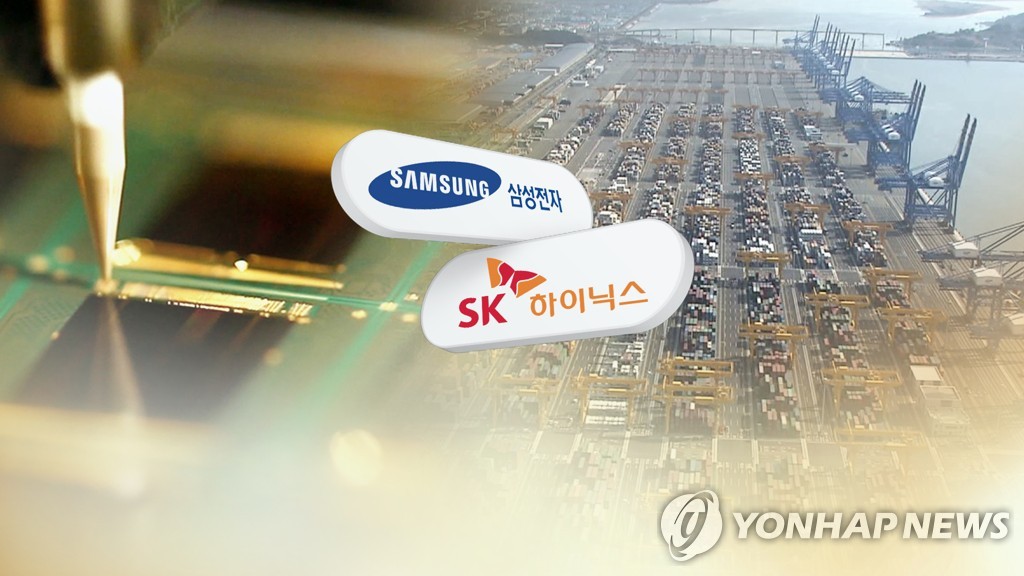 As of the third quarter, Samsung is the world's second largest contract chipmaker behind Taiwan Semiconductor Manufacturing (TSMC), according to market researcher TrendForce. DB HiTek is the 10th largest foundry firm.

"DB HiTek is likely to benefit the most from the ban as its business area largely overlaps with SMIC," Kim Yang-jae, an analyst at KTB Investment & Securities, said.

"The portion of SMIC is very small in local chip equipment makers' sales. But in the long term, they will see benefits as Samsung expands its foundry capacity."

SK hynix Inc., South Korea's No. 2 chipmaker, was also tipped to benefit from the U.S. ban on SMIC as its foundry unit could see a good opportunity to expand its presence.

"Chinese smartphone, PC and home appliance makers could place rush orders to build inventories," said Kim Dong-won, an analyst at KB Securities. "SK hynix system ic Inc., a wholly subsidiary of SK hynix, is set to fully operate its foundry plant in China from the fourth quarter and is expected to see improvements in its earnings."

Since the U.S. move will also impact Huawei Technologies Co., which is already suffering from restrictions on exports to the U.S., analysts said South Korean firms that compete against the Chinese tech titan can achieve further growth.

In particular, Samsung has been trying hard to fend off Huawei in the smartphone market.

Huawei has been hit by the U.S. sanctions that ban the supply of semiconductors made with American equipment and technology to the Chinese firm without prior approval from Washington.

"SMIC's biggest customer is Huawei, which accounts for 18.7 percent of its sales," Lee Seung-woo, an analyst at Eugene Securities, said. "The latest U.S. move further chokes Huawei and leaves the company with no exits."