SEOUL, Sept. 28 (Yonhap) -- Months after having been shut down due to a recent spike in COVID-19 cases, major state-run cultural facilities reopened to the public on Monday under strict distancing and sanitary measures.

But their resumption seems quieter than expected as the country remains vigilant against the risk of a relapse in local coronavirus infections after the Chuseok holiday, the Korean equivalent of Thanksgiving that starts Wednesday. 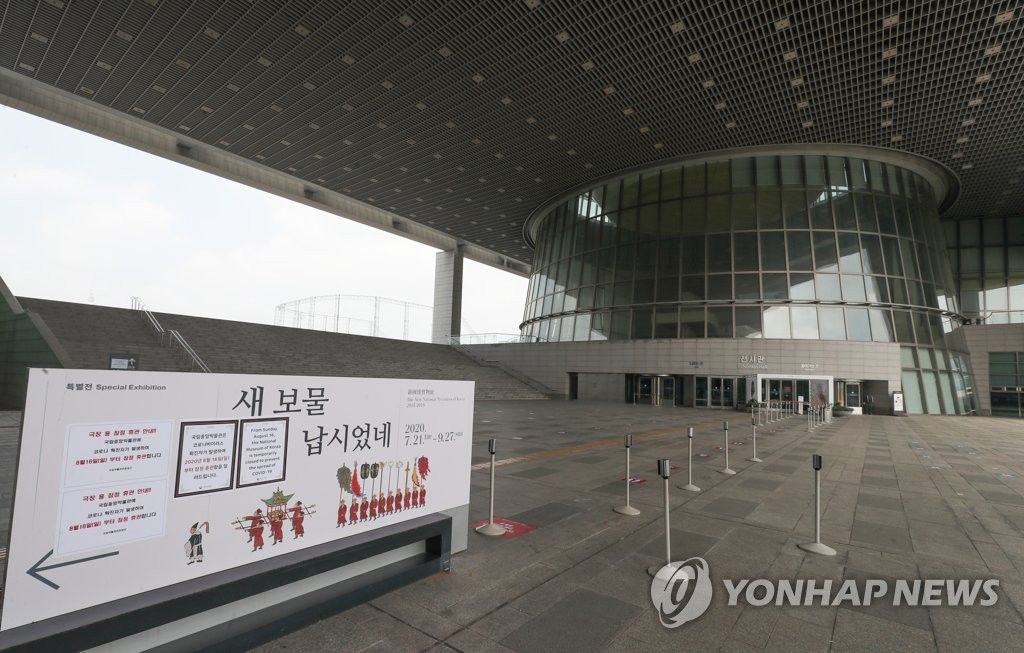 The National Museum of Korea opened its doors from 10:30 a.m. Monday, with all visitors required to make a prior booking for admission and up to 200 people allowed to enter the museum's main hall every 30 minutes.

As of 11 a.m., 44 people had visited the museum, while 80 visitors came to a special exhibition gallery for the ongoing exhibition of "The New National Treasures of Korea," according to the national museum.

It said there are still many admission vacancies throughout the upcoming five-day holiday as some 25-123 people have reserved tickets for the different time slots on Wednesday.

The National Folk Museum of Korea said only 20 people booked a ticket for Monday, far behind the ceiling of 100 visitors per hour.

Twenty-seven people made a reservation to visit the National Hangeul Museum on Monday, which has set the hourly limit at 100. It is still easy to reserve a slot for the exhibition "Korean Pop Lyrics: Melodies of Life" during Chuseok. 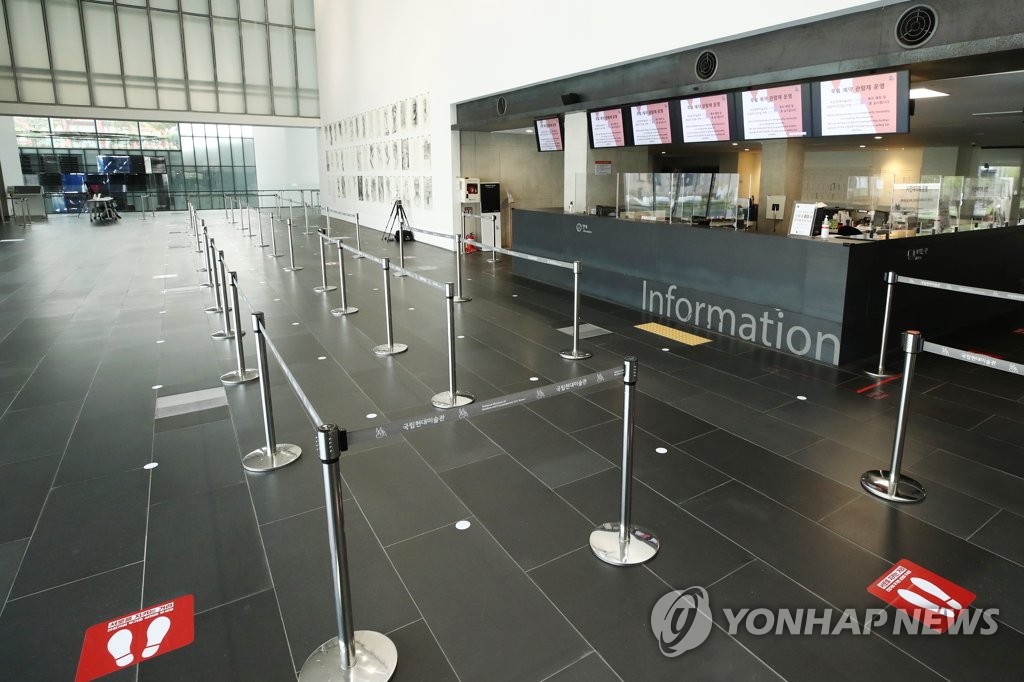 State-run galleries and art centers, including the National Museum of Modern and Contemporary Art (MMCA), will resume operations from Tuesday.

MMCA also runs an online reservation system to limit the number of hourly visitors at its four branches -- two in Seoul and one each in Gwacheon and Cheongju.

On the other hand, the National Theater of Korea canceled its planned shows during the Chuseok period to comply with the government's campaign against small and large gatherings. It will stage performances from mid-October.

The Seoul Arts Center will begin its newly adapted schedule with the 2020 Seoul Spring Festival of Chamber Music from Oct. 9-16.