Putin also took note of the Moon administration's push for the normalization of inter-Korean relations and expressed "expectations" for the resumption of dialogue "by the parties concerned," Cheong Wa Dae spokesman Kang Min-seok said after their 35-minute conversation. 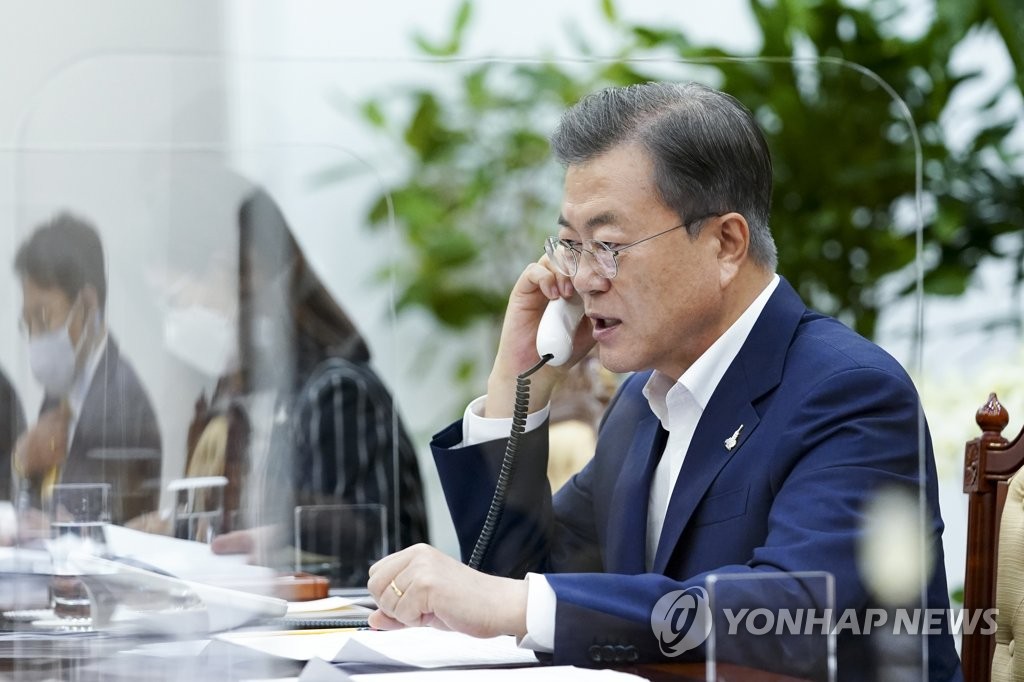 The phone conversation came on the occasion of the 30th anniversary of Seoul and Moscow establishing their diplomatic ties.

Moon told Putin that his government will continue the drive for the denuclearization of Korea and the establishment of permanent peace despite "difficult conditions."

Moon and Putin exchanged opinions on the security situations on the peninsula, Kang added without elaborating whether they discussed the recent fatal shooting by North Korean troops of a South Korean fisheries official.

The leaders agreed to develop the "friendly, cooperative" relations between Seoul and Moscow in a more mutually beneficial and forward-looking way.

Putin was quoted as saying that South Korea is one of Russia's "important cooperation partners" in the Asia-Pacific region.

Regarding the response to COVID-19, Moon suggested close cooperation for the development and equitable supply of vaccines.

Moon then asked Russia to join the International Vaccine Institute (IVI), based in Seoul, and Putin promised "consideration" of the issue through the health authorities, Kang added.