The Seoul Central District Court issued the warrants for Kim Kyung-jae, a former head of the Korea Freedom Federation, and a leader of another right-wing organization for violating the acts on infectious disease control and assembly and demonstration.

The groups reported to police that they would hold a rally of around 100 participants in central Seoul on the Aug. 15 Liberation Day. The actual number of participants, however, was estimated at more than 5,000, including members of a conservative church in northern Seoul.

The church and the demonstration have been at the center of the resurgence of COVID-19 since mid-August.

After keeping the number of new cases of COVID-19 under control for more than five months, South Korea added more than 100 cases on Aug. 14 before the number shot up to 441 on Aug. 27.

The country's new coronavirus cases increased by the smallest number in nearly two months Monday. The country added 50 more COVID-19 cases, bringing the total caseload to 23,661, according to the Korea Disease Control and Prevention Agency (KDCA). 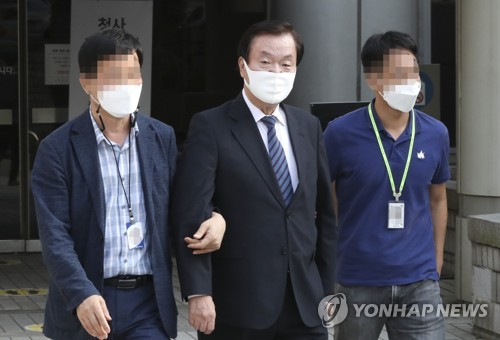