"Helping "Dynamite" in the week ending Sept. 24 were four new remixes released Sept. 18: its "Bedroom," "Midnight," "Retro" and "Slow Jam" mixes, which, combined, accounted for 52% of the song's overall sales in the tracking week," it said.

"Dynamite" debuted at No. 1 on Billboard Hot 100, becoming the 47th song in Billboard's history to do so. It had spent two consecutive weeks at the top spot before sliding to the No. 2 spot where it again remained for two weeks.

Billboard noted "Dynamite" is also the first song among duos or groups to spend more than three weeks at No. 1 in nearly two years. 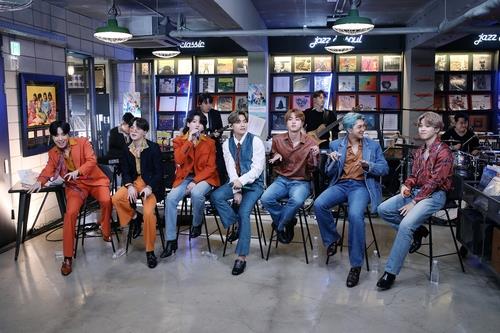 BTS reclaims top spot on Billboard singles chart after 2 weeks at No. 2

BTS reclaims top spot on Billboard singles chart after 2 weeks at No. 2