WASHINGTON, Sept. 28 (Yonhap) -- The United States and South Korea remain committed to advancing their efforts to denuclearize North Korea and establish lasting peace on the Korean Peninsula through dialogue with the communist North, the countries' top nuclear envoys said Monday. 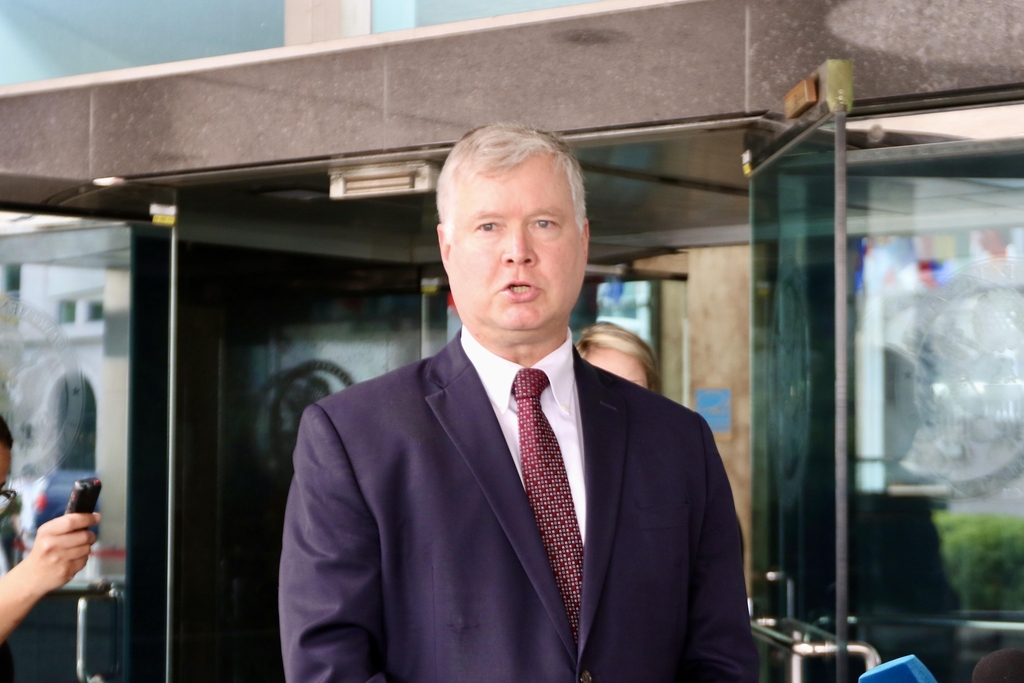 His remarks came shortly after he and his South Korean counterpart, Lee Do-hoon, held a meeting here.

The U.S. diplomat expressed his appreciation to Lee for what he called "creative ideas."

Lee called his conversation with his U.S. counterpart "very productive."

"Biegun and I discussed how we will manage this situation and how we will resume our dialogue (with North Korea)," said Lee.

In a speech delivered before the U.N. General Assembly last week, South Korean President Moon Jae-in emphasized the need to declare an official end to the 1950-53 Korean War, insisting it would provide a security guarantee that North Korea has long sought and thus opening the door for its denuclearization. 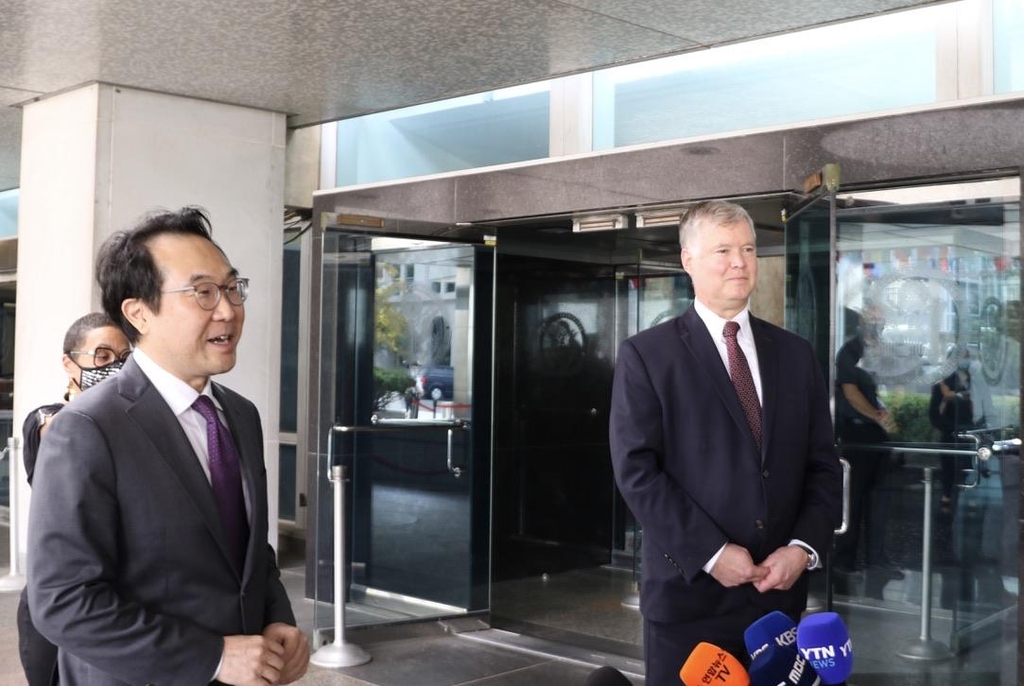