SEOUL, Sept. 29 (Yonhap) -- The Tampa Bay Rays' South Korean infielder Choi Ji-man has taken another step in his rehab from a hamstring injury, with hopes of returning in time for the postseason very much alive.

Choi went through infield drills at Tropicana Field in St. Petersburg, Florida, on Monday (local time), as the Rays are getting ready to take on the Toronto Blue Jays in the American League (AL) wild-card series beginning Tuesday. 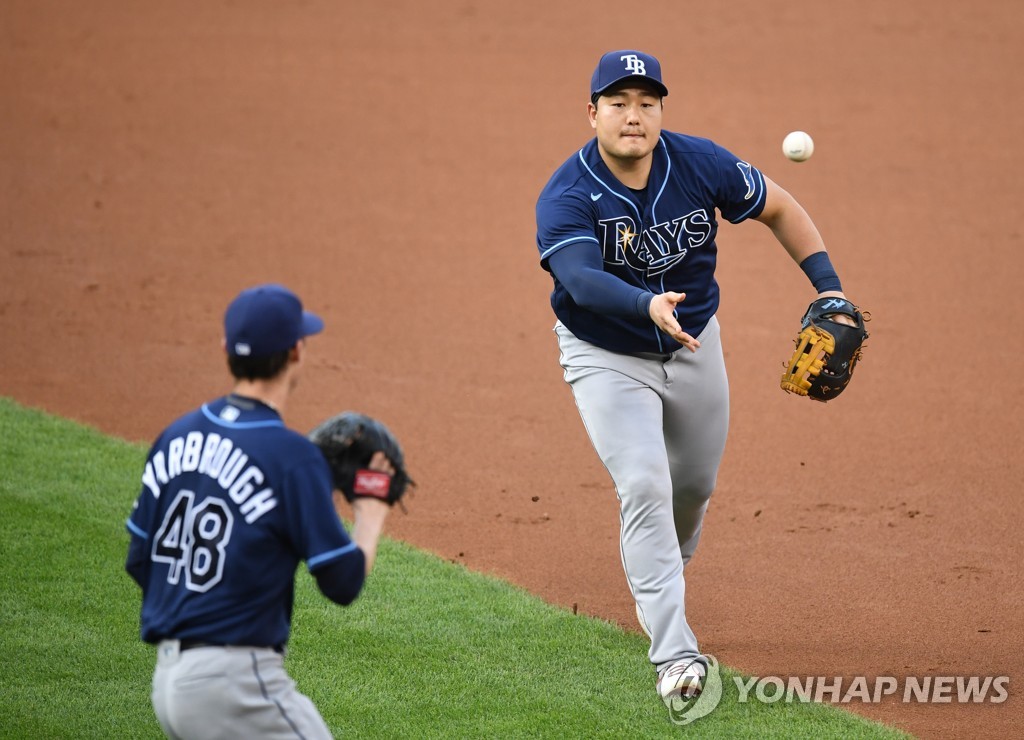 Game 1 of that best-of-three series is set for 5 p.m. Eastern Time (ET) Tuesday, and the Rays have until 10 a.m. Tuesday to finalize their roster.

MLB.com reported that Choi made a few plays ranging to his right and seemed to be moving well on the field. Choi also took batting practice.

Choi has been out since hurting his left hamstring on a slide home during a game on Sept. 12.

"Positive news on all of them," manager Kevin Cash said. "We still have time, and we'll buy time to make sure that we're doing right by the decision, and the roster, by 10 a.m."

The Blue Jays will have Korean left-hander Ryu Hyun-jin start Game 2 on Wednesday. Choi and Ryu graduated from the same high school in Korea, Dongsan High School in Incheon, about 40 kilometers west of Seoul. Even if he's healthy, Choi may not start against Ryu, given his struggles against left-handed pitching. Choi, who bats left-handed but dabbled at switch hitting earlier this season, went 1-for-13 with six strikeouts against southpaws during the regular season. 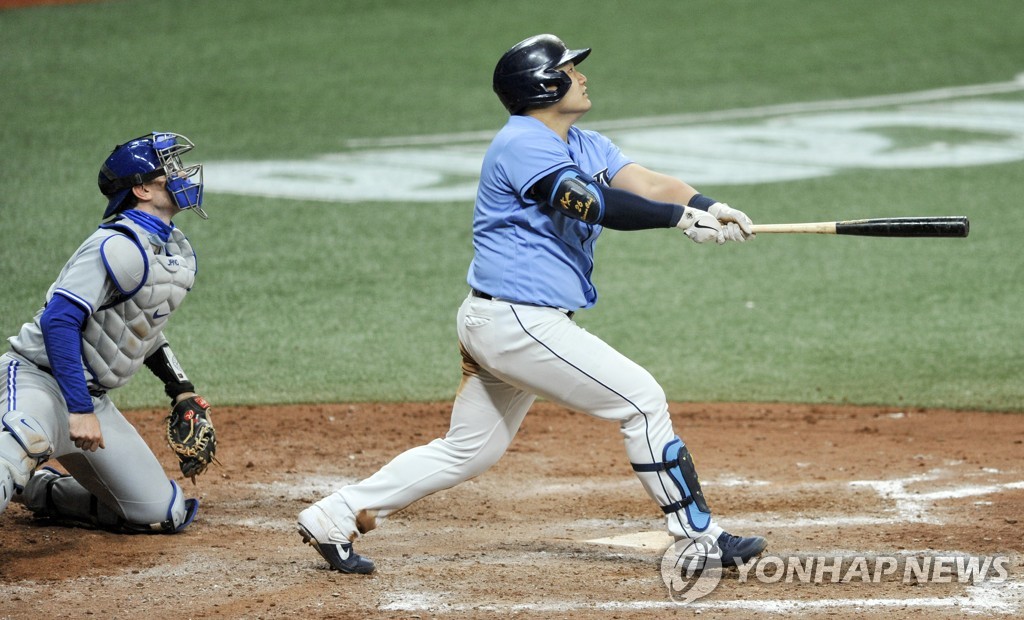