SEOUL, Oct. 4 (Yonhap) -- Overall school violence has been on a steady decline in recent years, but the number of juvenile sex offenders has spiked significantly, police data showed on Sunday.

The number of teenagers arrested for acts of school violence totaled 13,584 last year, marking a decrease of 3 percent from 14,000 in 2017, according to the data from the National Police Agency (NPA).

School violence is classified into four types -- sexual violence, assaults, extortion and others -- and offenders include elementary, middle and high school students and out-of-school youths.

Contrary to the downward trend in overall school violence, the number of teenagers arrested for sexual offenses, including rape, forced harassment and illegal shooting, surged 80.5 percent from 1,695 in 2017 to 3,060 last year, the data showed.

"The authorities should strengthen relevant education for students and adolescents and more aggressively crack down on harmful video content," he said. 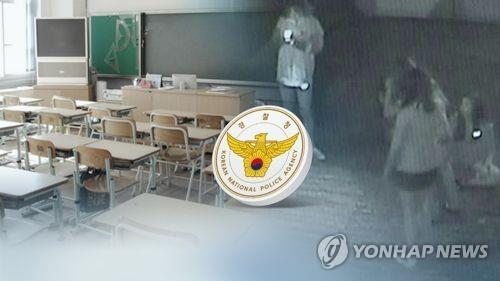 School violence down but juvenile sex offenses up sharply

School violence down but juvenile sex offenses up sharply