In a recent written interview with Yonhap News Agency, Lavrov also reiterated Moscow's hope for trilateral economic cooperation involving the two Koreas and Russia, which he said would not only serve their economic interests but also help strengthen peace on the Korean Peninsula.

"There has been regular political dialogue between the two countries, including high-level ones. President Moon Jae-in's state visit to Russia from June 21-23, 2018, marked a significant event (in bilateral ties)," Lavrov said.

"We plan to start discussions with Seoul over President Vladimir Putin's visit to South Korea as soon as the public health and pandemic situation normalizes," he added during the interview conducted on the occasion of the 30 years since the establishment of diplomatic relations between South Korea and Russia 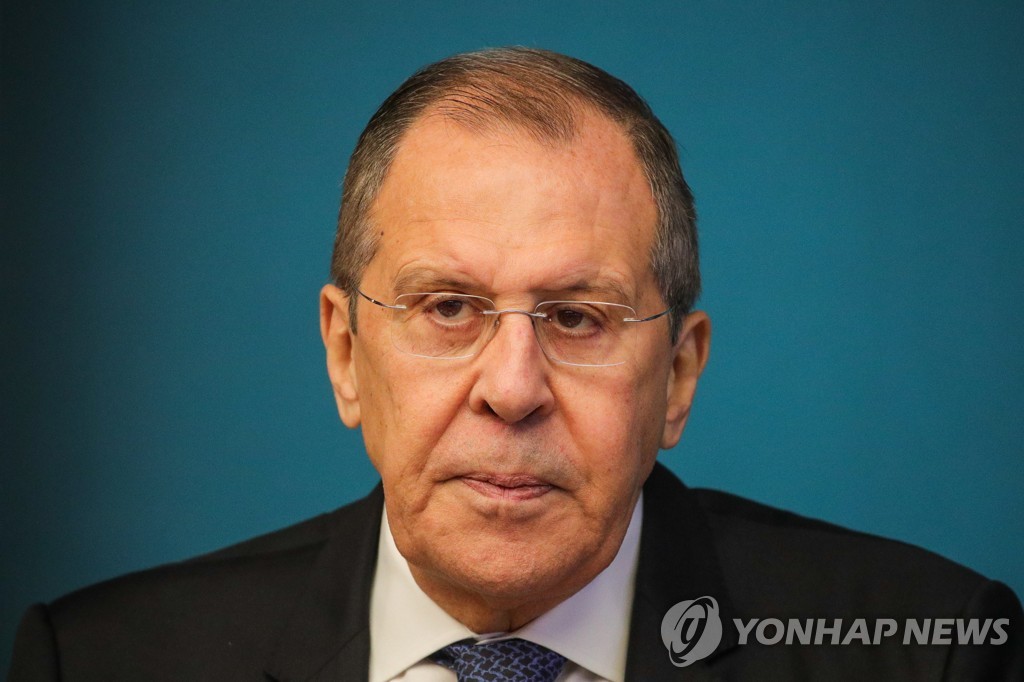 Seoul and Moscow have sought to arrange Putin's trip here based on the mutual understanding that his visit would add fresh momentum to strengthen two-way diplomatic and economic cooperation.

Touching on bilateral economic ties, the minister stressed the potential for trilateral cooperation projects involving the two Koreas and his country, such as the logistics scheme using a railway linking the North's port city of Rajin and Russia's border town of Khasan.

Lavrov, in particular, pointed out that the Rajin-Khasan project does not run afoul of U.N. Security Council sanctions against Pyongyang, as he called for more practical steps to engage with the reclusive regime.

"Rather than waiting for the lifting of international sanctions on North Korea, I think it is important for us to embark on practical steps," the minister said.

"Considering that the Rajin-Khasan project is not subject to the U.N. sanctions, I believe that with the participation of South Korean firms interested in the project, the transportation of Russian coal to South Korea through the Rajin port can be the first move in this direction," he added.

The minister also called for the countries involved in the peace efforts to focus on strengthening their mutual trust.

"I am convinced that there is a need for the two Koreas, and for the North and the U.S. to focus on normalizing their bilateral ties and strengthening mutual trust rather than trying to resolve all of the long-standing, comprehensive regional issues right away just between them," he said.

"The resolution of the regional comprehensive issues is the task concerning all related countries, and they can be settled only through joint efforts that respect their mutual, legal understanding," he added.