SEOUL, Sept. 29 (Yonhap) -- Samsung Electronics Co. maintained its top position in the German smartphone market in the second quarter of the year, a report showed Tuesday, as the South Korean tech giant strives to fend off challenges from Apple Inc. and Huawei Technologies Co. amid the pandemic.

Samsung was the largest smartphone vendor in Germany with a market share of 37 percent in the April-June period, up 1 percentage point from a year earlier, according to industry tracker Counterpoint Research.

"The strong performance of new low-end Galaxy A series models A21s and A41 helped it hold this position," Counterpoint Research said.

U.S. tech juggernaut Apple was the runner-up with a market share of 23 percent in the second quarter, up 6 percentage points from a year ago, thanks to strong demand for its new iPhone SE.

Huawei came in third with a second-quarter market share of 18 percent, down 2 percentage points from a year earlier, followed by its Chinese compatriot Xiaomi Corp. with a 5 percent market share. 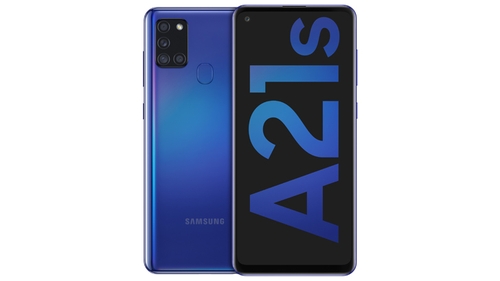 The German smartphone market in the second quarter shrank 27 percent from a year ago and 15 percent from the previous three months as COVID-19 forced Europe's largest economy to impose a nationwide lockdown in mid-March, according to the market researcher.

Counterpoint Research, however, predicted that smartphone sales in Germany rose in the third quarter as the market started to recover slowly from the low reached in April.