SEOUL, Sept. 29 (Yonhap) -- The defense ministry has confirmed with the help of its special intelligence that North Korea ordered the burning of the body of a South Korean fisheries official after he was shot dead by its soldiers last week, the main opposition floor leader said Tuesday.

"The Ministry of National Defense has verified through special intelligence that (North Korea) told (its officials) to apply fuel oil and burn (the body)," People Power Party floor leader Joo Ho-young said in an interview with YTN Radio.

Whether the North burned the body after its military shot dead the 47-year-old South Korean fisheries official on the northern side of the inter-Korean maritime border last Tuesday has been a point of dispute.

The South Korean defense ministry said last Thursday North Korea shot and killed the official drifting at sea before dousing his body with oil and setting it on fire.

But in a following written notice to the South the next day, the North partly rebutted the ministry's announcement, saying it only burned a floating material after the man disappeared at sea following the North's firing of about 10 gunshots. 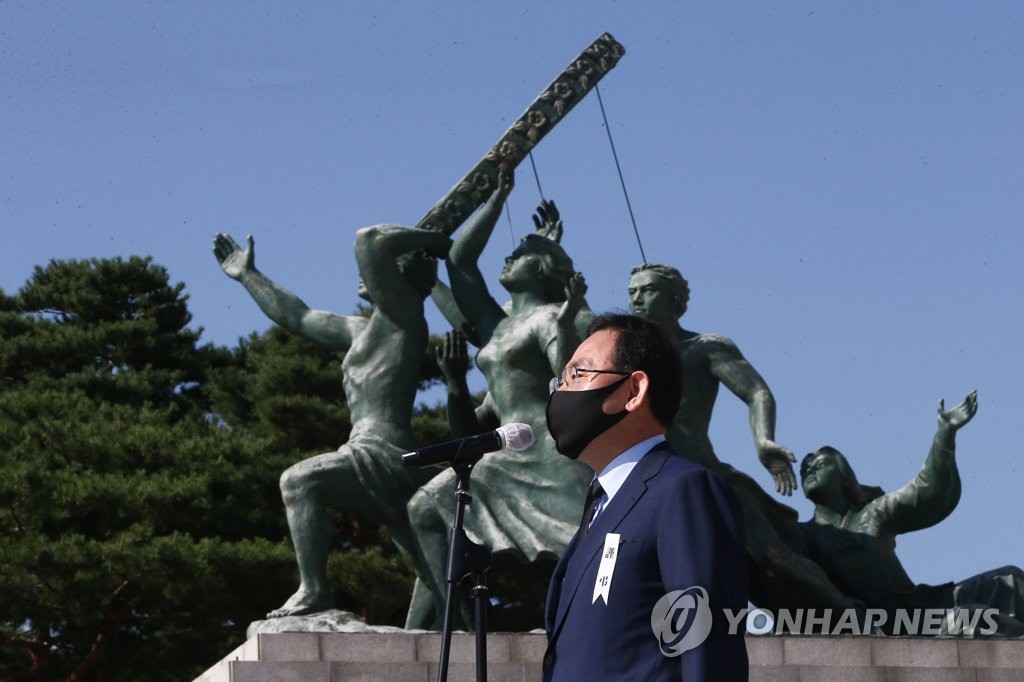