SEOUL, Oct. 1 (Yonhap) -- President Moon Jae-in is likely to meet the top diplomats of China and the United States when they visit Seoul in October, as he strives to prevent North Korea's fatal shooting against a South Korean government official from escalating tensions and undermining efforts to reactivate the Korea peace process.

Moon is seeking ways to improve inter-Korean ties with a view of declaring a formal end to the Korean War and helping advance denuclearization talks.

Seoul and Beijing are in "continued consultations" on the issue of State Councilor and Foreign Minister Wang Yi's possible trip here, a diplomatic source said. Wang is reportedly planning to travel to Tokyo this month as well.

It is "natural" for Wang to visit Seoul on his way to or back from Tokyo, a South Korean official said.

Moon will likely meet him at Cheong Wa Dae if he makes his first visit here in 10 months. 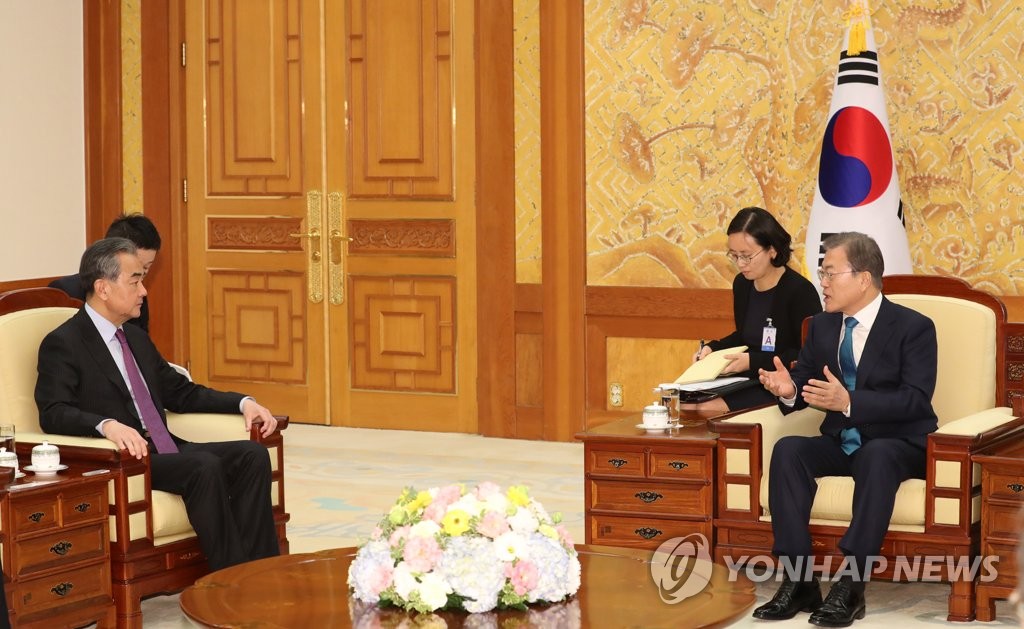 Issues to be discussed include President Xi Jinping's plan for a South Korea trip, which has been postponed due to the global novel coronavirus pandemic, and South Korea's push for hosting an annual trilateral summit, also involving Japan, in November or December.

If arranged, the meeting will be attended by Moon, Chinese Premier Li Keqiang and Japanese Prime Minister Yoshihide Suga.

U.S. Secretary of State Mike Pompeo will also visit South Korea in early October, his first in two years. Pompeo is scheduled to attend the Quad security dialogue with his Australian, Indian and Japanese counterparts in Tokyo, according to the State Department.

He will also visit Seoul on Oct. 7-8 for meetings with senior officials, it said in a press statement.

Senior U.S. officials often have their trips to Seoul and Tokyo timed together.

Moon met Wang and Pompeo at his office during their previous visits here. 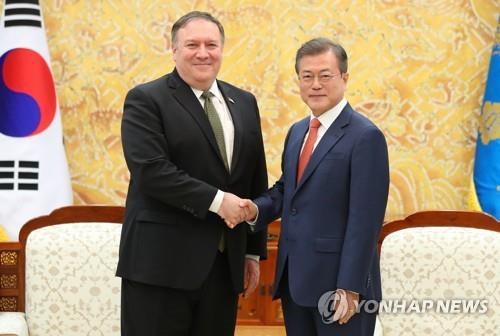 The Korean Peninsula security situations are at a crucial juncture again following the gunshot killing by the North's troops of the South Korean fisheries inspector at sea in late September.

Moon called the incident "shocking, tragic, regrettable and unfortunate," and expressed hope for the two Koreas to resume dialogue and cooperation in order to find relevant facts and stop a similar case from recurring.

Diplomatic observers do not rule out the possibility of an October surprise led by Pyongyang and Washington.

In 2018, Pompeo flew to Seoul shortly after meeting with North Korean leader Kim Jong-un in Pyongyang.

In his recent United Nations speech, Moon reiterated his call for the end-of-war declaration, saying it will open the door to completing denuclearization and a permanent peace regime on the peninsula.