SEOUL, Sept. 29 (Yonhap) -- The unification ministry on Tuesday acknowledged that it had approved an aid organization's plan to send medical supplies to North Korea even after the North's deadly shooting of a South Korean official last week.

The approval was granted in the afternoon last Wednesday, after a South Korean fisheries official went missing from an inspection boat in waters off the western border island of Yeonpyeong on Monday and was shot to death by North Korean soldiers the next day.

The timing sparked criticism over whether it was right to approve the aid plan after the killing.

"In a situation where the facts were not yet verified, we judged it was difficult to halt the approval of a civilian organization's plan that met all necessary requirements," a unification ministry official said.

"We also took into consideration the point that even if the approval was granted, we can take necessary measures afterwards as it would take a considerable amount of time for the actual delivery of the supplies to the North," he added.

The working-level official handling the matter was also unaware of the killing, the official added.

The ministry official stressed that the unification ministry immediately notified the six organizations that were granted approval in September that the delivery of their aid had been suspended after the defense ministry unveiled the North's killing of the fisheries official.

"The related organizations all agreed to cooperate with the government's request. Currently, there is no ongoing process related to giving approval to the aid organizations," the official said.

The approved assistance includes medical supplies, such as medical masks, thermometers and syringes, according to the official.

The ministry plans to keep an eye on the situation and decide on the approval accordingly, the official said. 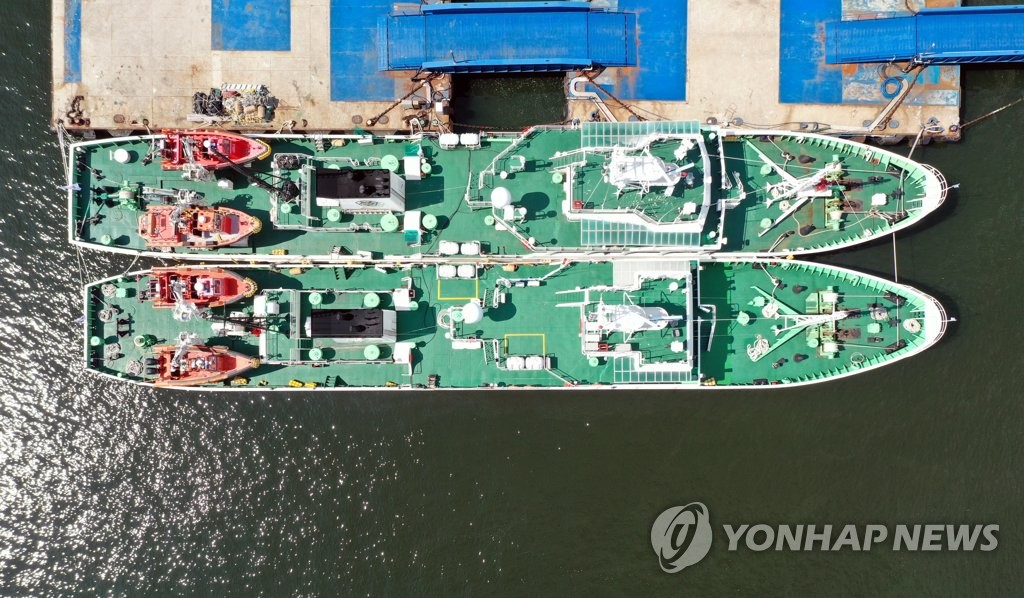