During the talks, Kang and Lopez also discussed joint efforts to battle the new coronavirus and Peru's key social infrastructure projects, such as the construction of a highway in which South Korean firms hope to participate.

"Since the two countries established a strategic partnership in 2012 and the South Korea-Peru free trade agreement took effect in 2011, they have steadfastly developed their friendly, cooperative relations," Kang was quoted as saying during the talks.

Kang has recently held a series of phone talks with her foreign counterparts, including one with her Kyrgyzstan counterpart Monday, to drum up international support for Yoo's campaign for the WTO director generalship. 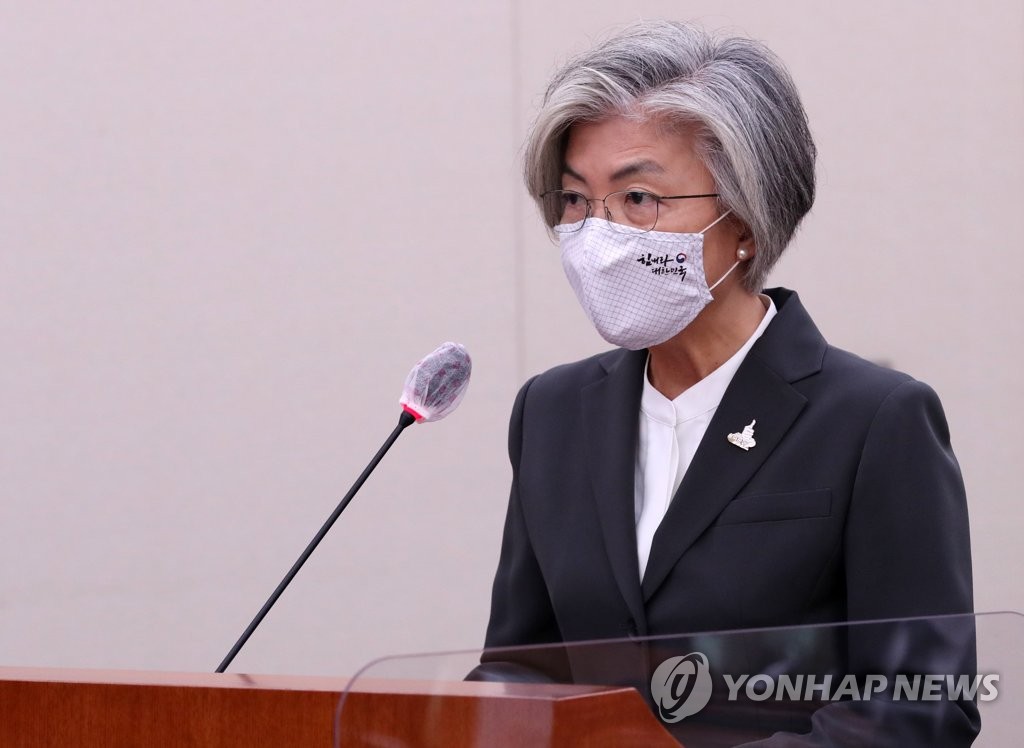