SEOUL, Sept. 29 (Yonhap) -- The Bank of Korea (BOK) said Tuesday it sold a net US$345 million in the second quarter to help ease fluctuations in the local currency market prompted by the new coronavirus outbreak.

The BOK's net sale of dollars in the April-June period was smaller than a net sale of $5.85 billion three months earlier, according to data uploaded on the central bank's homepage.

The central bank began releasing such data in March 2019 to help boost the transparency of its market stabilization steps.

The BOK said the FX market stabilized in the second quarter, compared with the first quarter when market jitters heightened due to the COVID-19 pandemic.

"In the second quarter, the foreign exchange rate remained stable. Dollar injections from the country's currency swap line with the U.S. also helped stabilize the market," a BOK official said.

The Korean currency closed at 1,200.70 won against the U.S. dollar at the end of June, rising 1.8 percent per the greenback in the second quarter.

In March, the BOK began injecting U.S. dollars by tapping its $60 billion currency swap facility with the U.S. Federal Reserve. 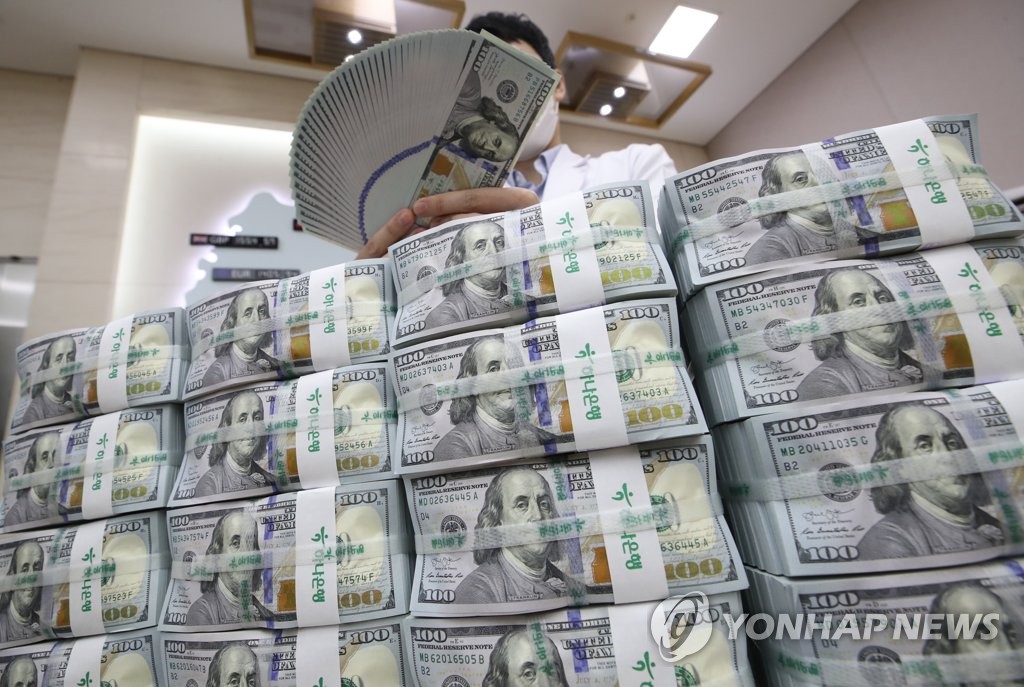