SEOUL, Sept. 30 (Yonhap) -- South Korea plans to boost its support for developing countries as part of Seoul's contribution to the international fight against COVID-19, its prime minister said Tuesday.

"The government will expand humanitarian support and official development assistance (ODA) efforts regarding COVID-19 prevention in developing countries," Prime Minister Chung Sye-kyun said in his pre-recorded speech to the virtual meeting of the United Nations' Initiative on Financing for Development in the Era of COVID-19 and Beyond.

The prime minister also pledged that South Korea, as one of the first countries hit by the pandemic, will "continue to actively share" its experiences, success cases and know-how in terms of attempting to contain the new coronavirus.

Chung also stressed that the government will submit its revised plan for "nationally determined contributions" (NDC) under the Paris Agreement, the greenhouse gas mitigation agreement within the U.N. Framework Convention on Climate Change reached in 2016.

In 2016, Seoul set a 2030 target of reducing greenhouse gas emissions by 37 percent from business-as-usual, or BAU, levels.

Chung also noted that South Korea is "giving positive consideration" to extending its participation in the G-20 Debt Service Suspension Initiative. The program allows suspension of debt repayment of poor countries until the end of 2020 to concentrate their resources on fighting the pandemic. 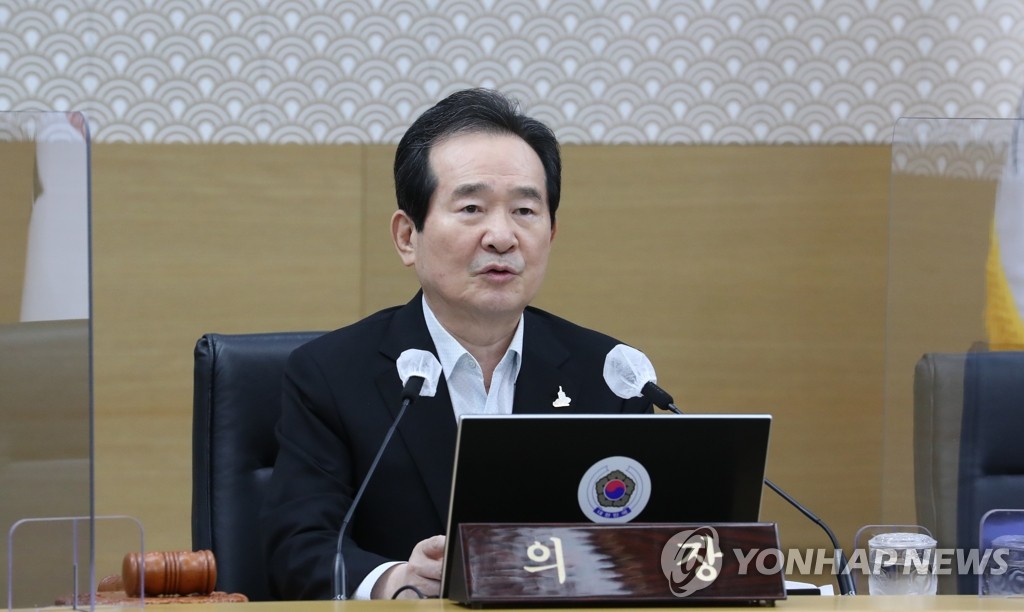