(ATTN: MODIFIES headline; UPDATES throughout with another ruling)

SEOUL, Sept. 29 (Yonhap) -- A Seoul court on Tuesday upheld bans on anti-government protests planned for the weekend, including a drive-thru rally, amid concerns over coronavirus infections.

In two separate rulings, the Seoul Administrative Court rejected requests by conservative civic groups to suspend Seoul authorities' bans on their plans to hold rallies in the capital on Oct. 3, the National Foundation Day.

One organization, which had led mass anti-government demonstrations in Gwanghwamun, central Seoul, on Aug. 15, had planned to hold a rally in the same place with 1,000 participants on Saturday.

"The ban appears to have been imposed in consideration that more than 1000 people are expected to participate and (the organizers) lacked rational and concrete measures to prevent infection," judge Jang Nak-won of the court said in the ruling against the group's complaint.

"It does not constitute a violation of freedom of assembly," he added.

Following the ruling, the group said it will hold one-man rallies in Gwanghwamun, urging participants to gather there while following anti-virus rules. 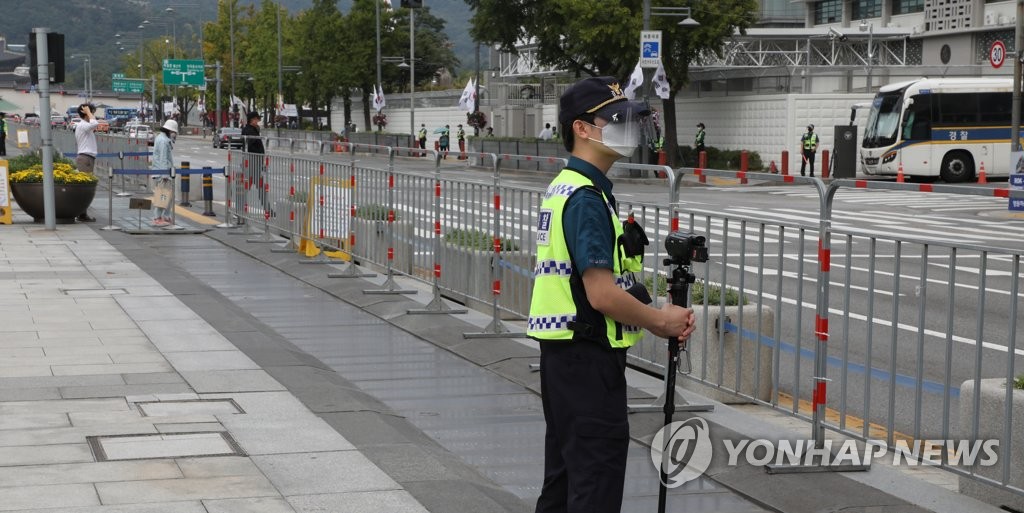 Later in the day, judge Park Yang-jun of the same the court dismissed another rightist organization's request to suspend the city's prohibition of its planned protest parade with about 200 cars.

The Aug. 15 rallies have been partly blamed for a resurgence in COVID-19 cases. The country's daily infections spiked to three-digit figures after thousands gathered for the events on the Liberation Day weekend.

The justice ministry on Tuesday instructed the prosecution to strictly deal with all illegal rallies, including car parades.

"Rallies involving cars carry risks of infections during the process of preparation and also (during the rallies when participants are) inside cars," the ministry said. 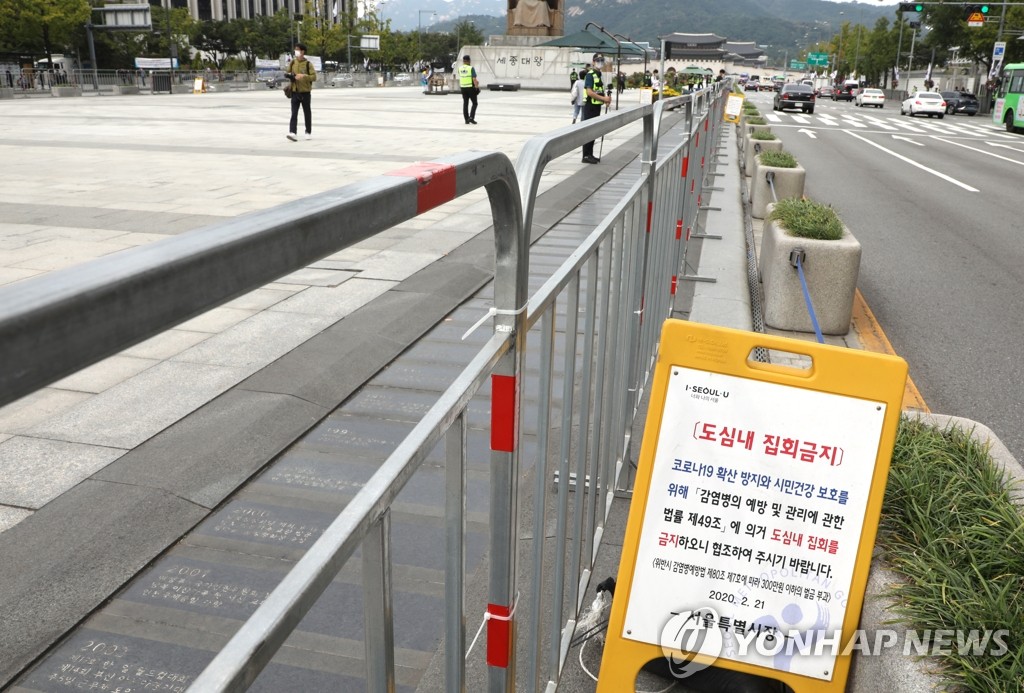