The countries made the pledge in a co-chairs statement adopted after the 10th South Korea-Mekong foreign ministers' meeting held via a video link the previous day. The Mekong River nations are Vietnam, Cambodia, Myanmar, Laos and Thailand.

"The Ministers ... reaffirmed their commitment to working together to restore and maintain interconnectedness by facilitating international trade and essential movement of people, goods and services across borders," the statement released by the foreign ministry read.

They also reiterated their support for "vaccine multilateralism and the goal of ensuring affordable, fair and equitable access to safe and effective COVID-19 vaccines for all," according to the statement. 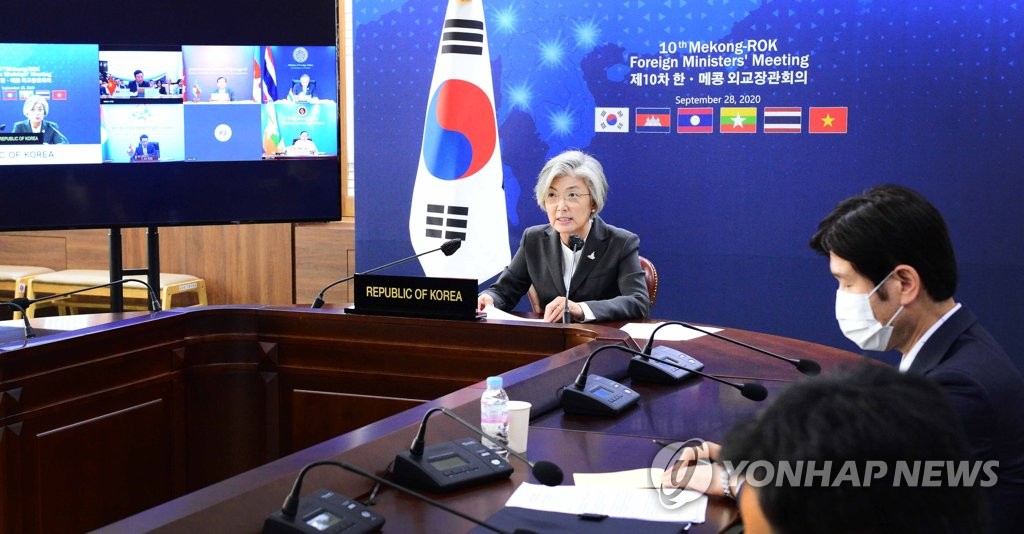 South Korea has been at the forefront of battling the pandemic without imposing border closures and shutdowns, based on the principles of openness and transparency.

To that end, Seoul has been urging foreign partners to ease entry restrictions for essential travelers like businesspeople.

The ministers also expressed concern about trade protectionism and tensions and called for "a transparent, free, open and rules-based multilateral trading system led by the WTO (World Trade Organization)."

Regarding Korea's peace process, the ministers reiterated their support for efforts toward denuclearization and building permanent peace and agreed that peace and prosperity on the peninsula can only be achieved through continued dialogue.

In 2019, President Moon Jae-in and the leaders of the Mekong nations held their first summit in the southern port city of Busan. They adopted a joint declaration centering on enhancing their economic development cooperation in resources, farming and the environment by sharing Korea's experience of rapid post-war growth.

South Korea and the five Southeast Asian countries held their first meeting of foreign ministers in 2011.