SEOUL, Oct. 1 (Yonhap) -- He had one job, making an early four-run lead stand in a postseason game. And the St. Louis Cardinals' South Korean starter Kim Kwang-hyun just didn't do it for long enough to qualify for a victory.

Kim was charged with three runs on five hits in 3 2/3 innings to open the National League (NL) wild-card series against the San Diego Padres at Petco Park in San Diego on Wednesday (local time). He was pulled with the Cardinals ahead 6-3, and the Cardinals won 7-4 as five relievers closed out the game. 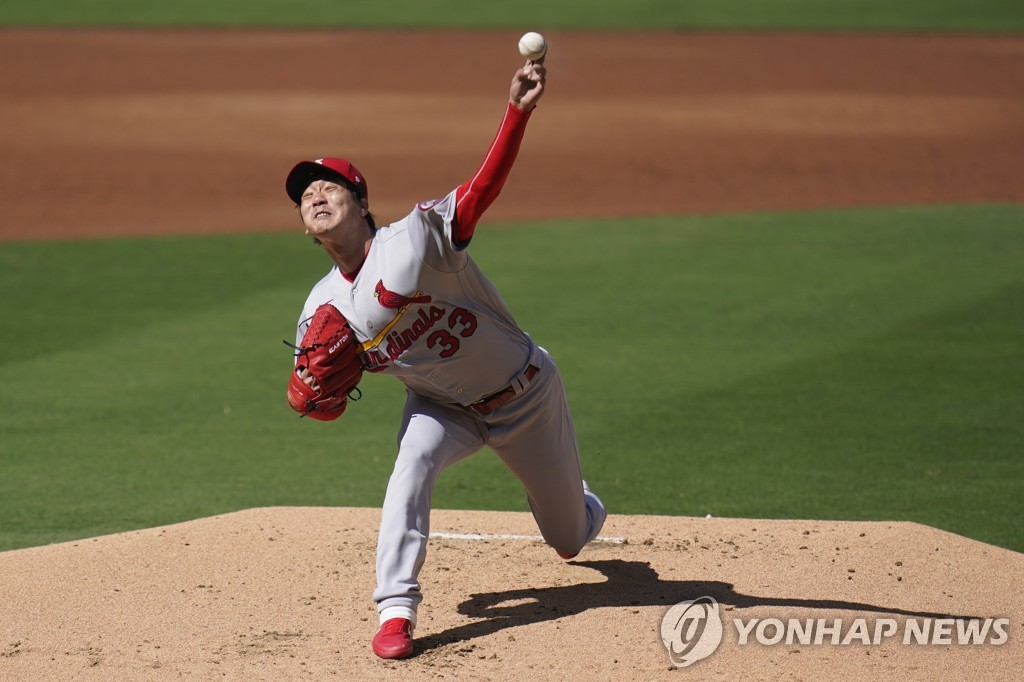 Kim, a big league rookie with 13 years of Korea Baseball Organization (KBO) experience to his credit, was four outs away from possibly earning his first playoff victory. But Kim let a dangerous Padres lineup -- third in the NL in both runs and home runs -- hang around long enough that his manager Mike Shildt was compelled to go to the bullpen in the fourth inning.

The Cardinals jumped out to a 4-0 lead in the first inning, with Paul Goldschimdt delivering a two-run homer off San Diego starter Chris Paddack. But perhaps the extended wait before his first pitch affected Kim, who walked the leadoff hitter, Fernando Tatis Jr., in the bottom of the first.

Manny Machado followed up with a single, and Eric Hosmer hit a sacrifice fly for the Padres' first run.

Kim allowed the leadoff hitter to reach base in each of his first three innings, and the Padres scored a run in all three. In the second inning, it was Jake Cronenworth leading off with a triple and then coming home on an Austin Nola sac fly. In the bottom third, right after the Cardinals scored twice to take a 6-2 lead, Tatis Jr. got the ball rolling with a single and scored the team's third run on Tommy Pham's single. 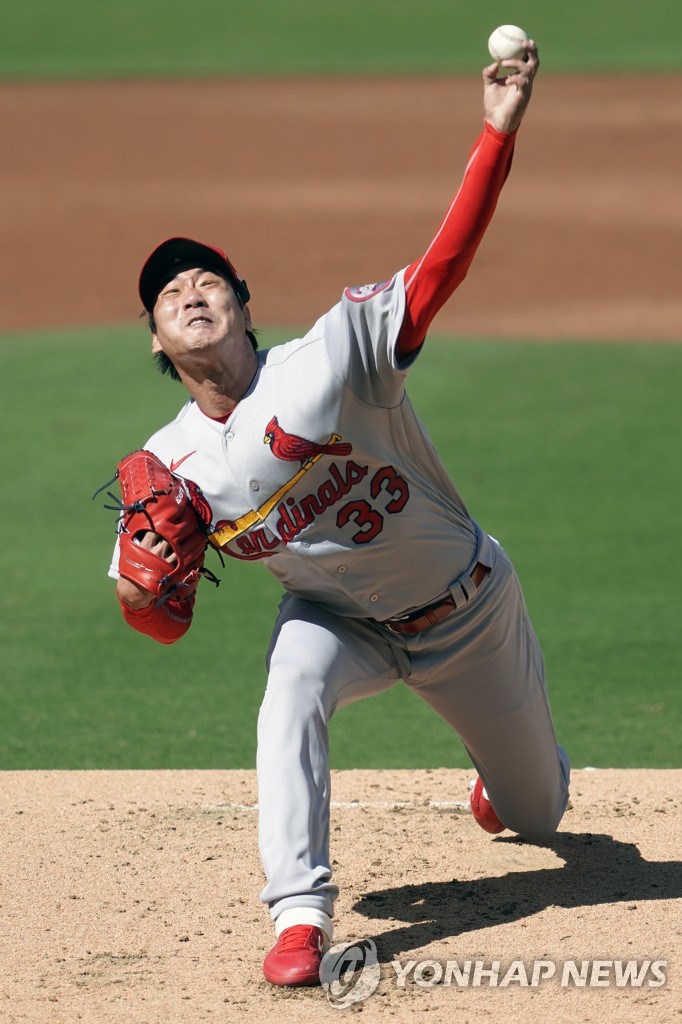 And Kim appeared on his way to his first perfect inning in the fourth. He struck out Nola and then got Jurickson Profar to ground out to third. But Kim walked Trent Grisham, the No. 9 hitter, and had Tatis Jr. due up to face him for the third time. Shildt gave Kim a quick hook and let the bullpen take it from there.

Advanced data show that starting pitchers typically struggle against a lineup when they face the same hitters for a third time in the same game. That has prompted many big league clubs to pull their starting pitchers after twice through opposing lineups, especially in tight games or high-leverage postseason games, and to lean heavily on their bullpen instead.

In Kim's limited regular season sample, opponents also posted better numbers in their third time facing Kim than earlier in the game. During Kim's eight outings, opponents batted .227/.320/.318 against Kim when they saw him for the third time, compared with a .153/.206/.305 line the first time and a .214/.279/.321 line the second time through the order.

And considering how well the top of the Padres' order had already hit against Kim in this game, the Cardinals weren't messing around. Reliever Ryan Helsley got up to warm up during the third inning, and he came on in the fourth to retire Tatis Jr. on a flyout.

Kim dodged a few bullets as some hard-hit flyballs went right at outfielders. The Padres took 27 swings on Kim's 76 pitches and whiffed on just three of them -- all of them on Kim's sliders. 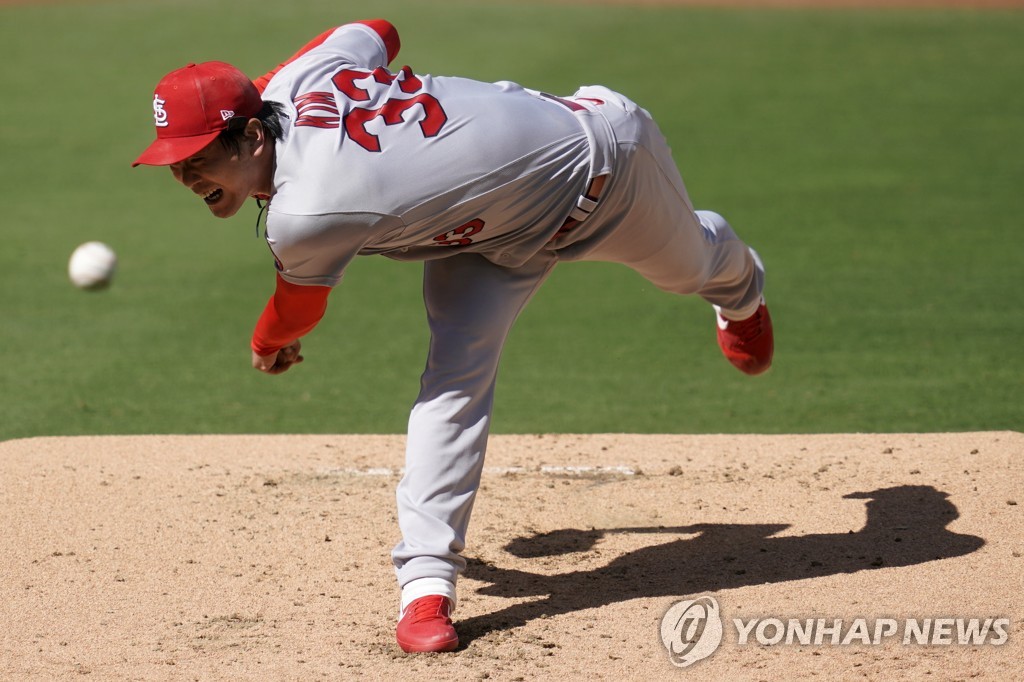