(ATTN: UPDATES with additional remarks in paras 11-14)
By Byun Duk-kun

They both expressed doubt the communist North would stage an "October surprise" provocation before the Nov. 3 presidential election.

"I heavily discount the possibility of an October surprise coming from North Korea or China or other adversaries, just given that most of those parties do not want to disrupt the election, or think that whatever provocation they might entertain would not have the intended result," said Thornton.

Russel argued a pre-election event may not have much of an impact on the election.

"We've had surprises, more surprises, I think, (than) most American voters can handle already in the campaign and, frankly, they haven't really moved the needle all that much. So I'm not convinced that a foreign policy October surprise would necessarily be dispositive in the election," he said.

He also noted a North Korean provocation may not work to its advantage by limiting policy options that may be available to a new U.S. administration. 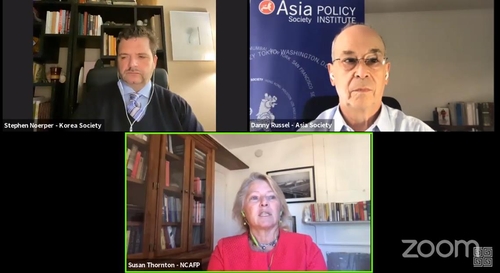