Kim inspected the reconstruction site in the central border county of Kimhwa and learned in detail about damage to dwellings, farms, transportation, the power grid and telecommunications, and heard about progress in the recovery efforts, the official Korean Central News Agency (KCNA) said.

"Hearing the report that about 88 percent of the total construction project has now been done for nearly 1,000 families -- several-story dwelling houses in (the) township area and single-story dwelling houses in the ri of the county, he said with great satisfaction that the People's Army is making world-startling achievements under the energetic leadership and meticulous guidance of our Party," the agency said.

Kim stressed that "this year has been the one of unprecedented hardships but it will be a year of great victory with particularly great worth of struggle," the KCNA said.

He was accompanied by sister Kim Yo-jong on the trip in her first public appearance since late July.

The Rodong Sinmun, the official newspaper of the North's ruling party, carried a photo of her dressed in a beige trench coat, following leader Kim from a close distance.

State media did not provide an exact date of leader Kim's visit, but he appears to have made the field inspection on Thursday, as his activities are usually carried on state media the following day. 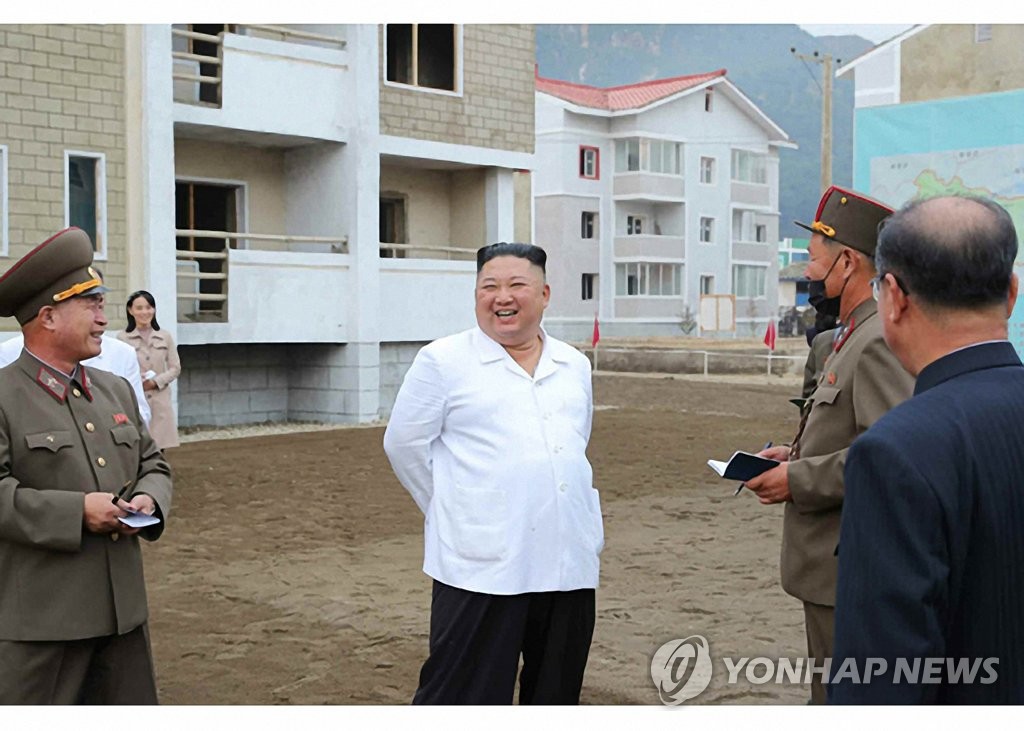