Hyundai sold a total of 170,838 units stateside in the July-September period, down 1 percent, or 2,200, from a year earlier, according to a release by Hyundai Motor America on its website.

But its retail sales reached 161,254 units over the three months, up 7 percent from the same period last year

"Retail sales in the third quarter also increased, another indication that sales are recovering from the pandemic," Randy Parker, vice president of Hyundai Motor America, was quoted as saying.

The growth was led by a 21 percent on-year growth in September retail sales.

Sales of its midsize SUV Palisade soared 125 percent on-year in September, with a 44 percent gain in sales of the Kona, a subcompact crossover SUV, and a 17 percent rise for the five-door SUV Santa Fe. 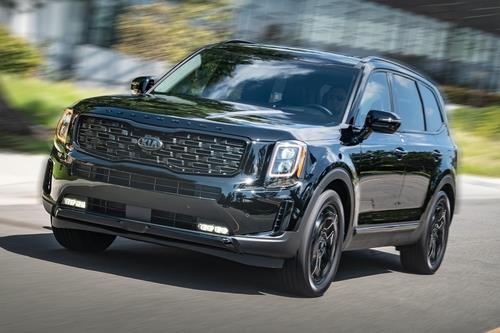 It is the highest monthly retail sales record since Kia Motors, a sister company of Hyundai Motor, entered the U.S. market in 1994.

Its midsize crossover SUV Telluride and subcompact sedan Forte were its two bestselling models with 8,829 units and 7,643 units, respectively.

"Our strong September sales performance was led by record setting sales of three of our popular and capable SUVs, Telluride, Sportage and Seltos, and also marked the brand's best-ever quarterly sales total in our 25-year history in the U.S.," Bill Peffer, vice president of Kia Motors America, said in a statement.