In a prerecorded nighttime live performance, the seven-member band sang the song from its 2019 album, "Map of the Soul: Persona," on Gyeonghoeru, an iconic pavilion in Gyeongbok Palace. It was the second performance at the palace in the special weeklong series.

At the end of the performance, the computer graphic logo of BTS' fan club, Army, appeared in the night sky, and then Jimin, a member of the band, shouted, "We love you," in a display of his affection to Army.

On Tuesday, BTS, donning the traditional Korean attire of "hanbok," performed another hit song, "IDOL," in front of Geunjeongjeon Hall of the palace.

The special program featuring BTS, which opened Tuesday, is designed to showcase different music performances of the band each night, including live performances, comedy bits and virtual interviews. 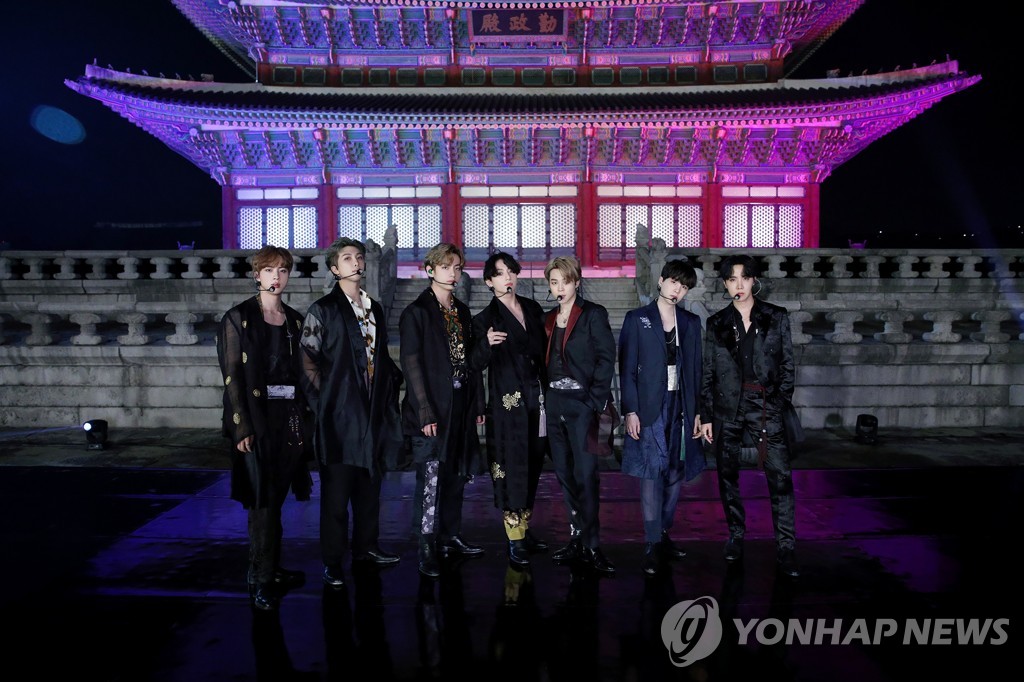